In and Around Our Neighborhood

Here are some more photos from my first foray out with Anna the day we arrived. (tip: many of these will be better if you click on the individual photo to blow it up.) We walked through some of the streets where Taiwanese people live. There seem to be temples or shrines everywhere. We had passed one in the park (see earlier post) and were already at another. (It's on the left in the photo below.) 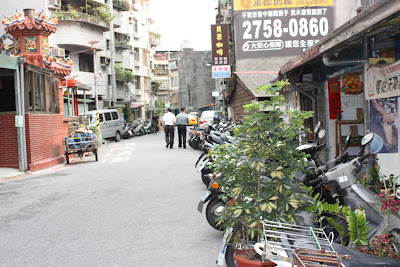 Anna already wants a Chinese hat like the one on the bike. 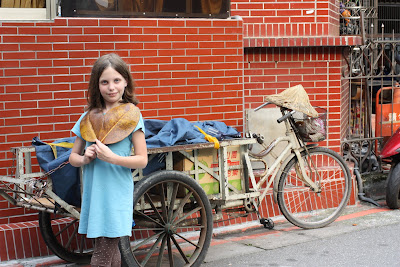 Narrow streets in a residential area, and lots of scooters. Someday I'll do a post just about scooters. 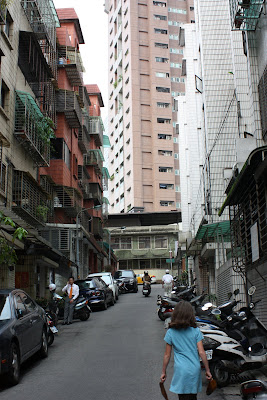 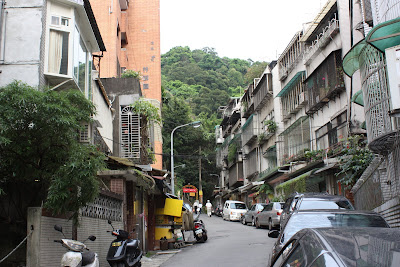 The yellow thing in the center of the next picture caught my eye. It looks like something from Pokemon. I would love to know what it is, although I doubt it's anything exciting. I think it may have something to do with trash because it did kind of look like it was sitting on a pile of trash. 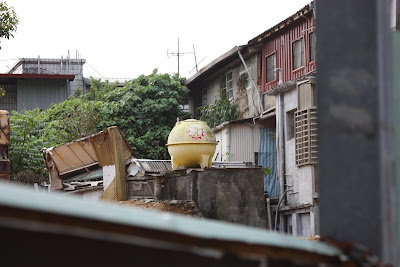 Taipei 101 juxtaposed with some rather poor looking housing. 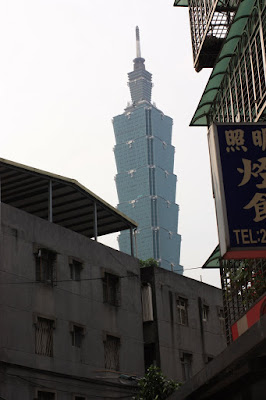 Jasper Villas, where we live. 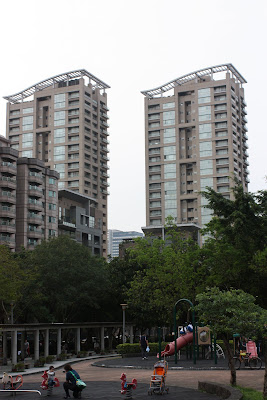 I think you get a sense of how close we are to Taipei 101 in this picture: 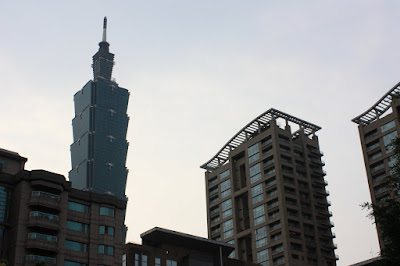 There are lots and lots of flowers in Taipei, including pots adorning the fences which surround construction areas. 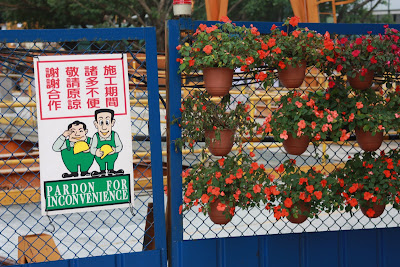 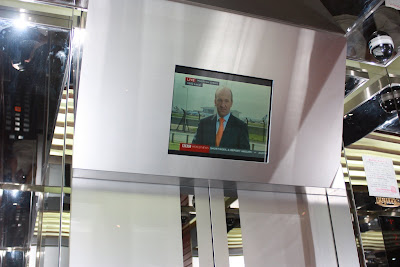 Anna wanted me to take this picture, looking up at Taipei 101. It IS pretty cool, although I think I prefer the old Chinese architecture to the modern. 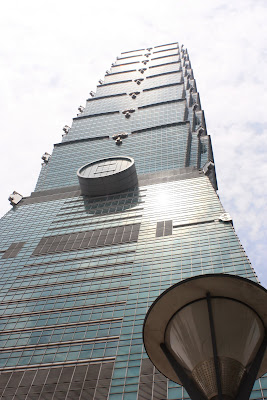 I was going to write about today's adventure but I'm too tired. I thought I was over jet lag, but apparently not yet. (It's 7:30 and I'm having trouble keeping my eyes open!)

Posted by bristowmom at 7:58 PM