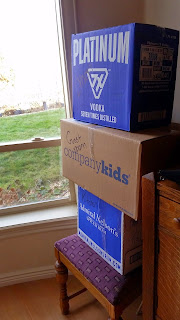 We had a nice Thanksgiving. Eric suggested we go out to a restaurant for the big meal because we have had so much going on lately. I happily agreed. It was just Eric and I, the kids and my Dad. It was an enjoyable, relaxing time.

Today I began packing for our move. It is 2 months away yet, but I work in fits and starts so thought I had better get started. The next 2 months will fly by. Of course Christmas will take up a good share of my time, plus Eric's birthday and a trip to Europe will be thrown in for good measure! I should be quite excited about the trip but I haven't had time to think much about it. Fun times ahead!
Posted by bristowmom at 2:30 PM 1 comment: 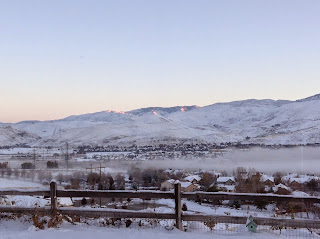 Just another picture from my back yard; sorry!

We had a snow storm last Thursday and Friday which left us with 7.8 inches of snow.  That is the largest November snowfall recorded in Boise since they began keeping records in 1892!  It gave the kids a day off from school on Friday, and gave me a nice opportunity to rest.  I even got to take a nap in the afternoon, a rare treat.

The picture was taken before the majority of the snow fell.  I have some from after which I'll try to share later.  Everything was fully blanketed in white.

I remain extremely busy, but it promises to slow down soon.  My friend has found an apartment which she will be moving into this weekend.  We are scheduled to complete the purchase of our new home next week.  We've decided to go to a restaurant for Thanksgiving dinner in order to alleviate the pressure of preparing the feast.  It will likely just be my immediate family.  My brother who lives in town recently became a grandfather and since 2 of his children are married it makes sense that they have their own expanding family to entertain. My Dad recently drove his friend to Arizona and it's unclear whether he'll be back in time for Thanksgiving. For his sake I hope he stays in the warmth of Arizona! 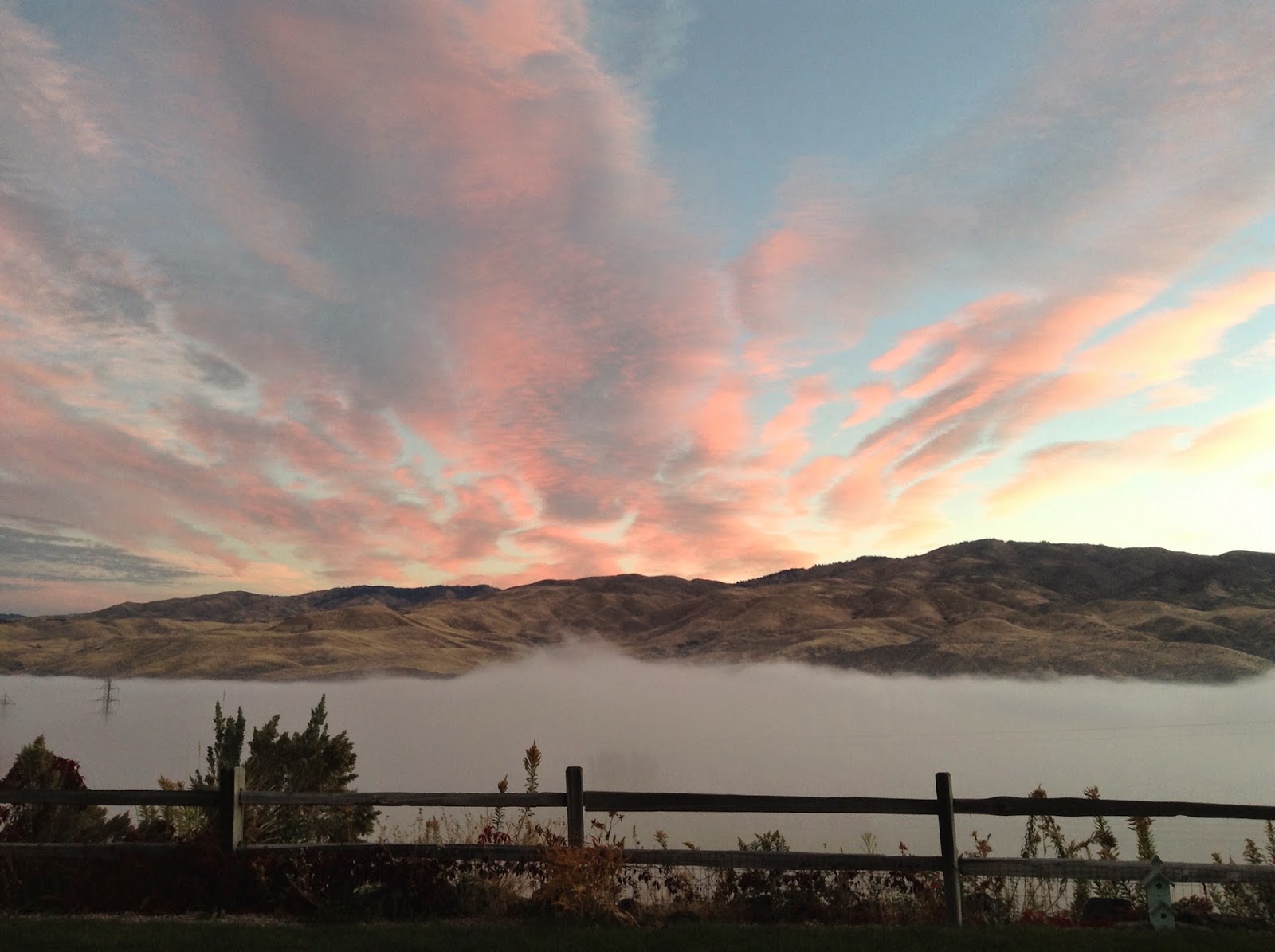 1.  I was going to write every day, but have been absent for nearly a month.  Oops!

So I give you this picture of a recent sunrise.  I heard that people get bored of sunrise/sunset pictures. I'm sorry, I never get tired of them!

Life is more hectic than ever.  Husband is traveling.  Friend who is getting divorced is living with us.  Thirteen year old is being... a thirteen year old.  (Grumpy face.)  Son likes homeschool but misses interaction with classmates.

Signing off before computer goes to sleep!
Posted by bristowmom at 2:05 PM 3 comments: