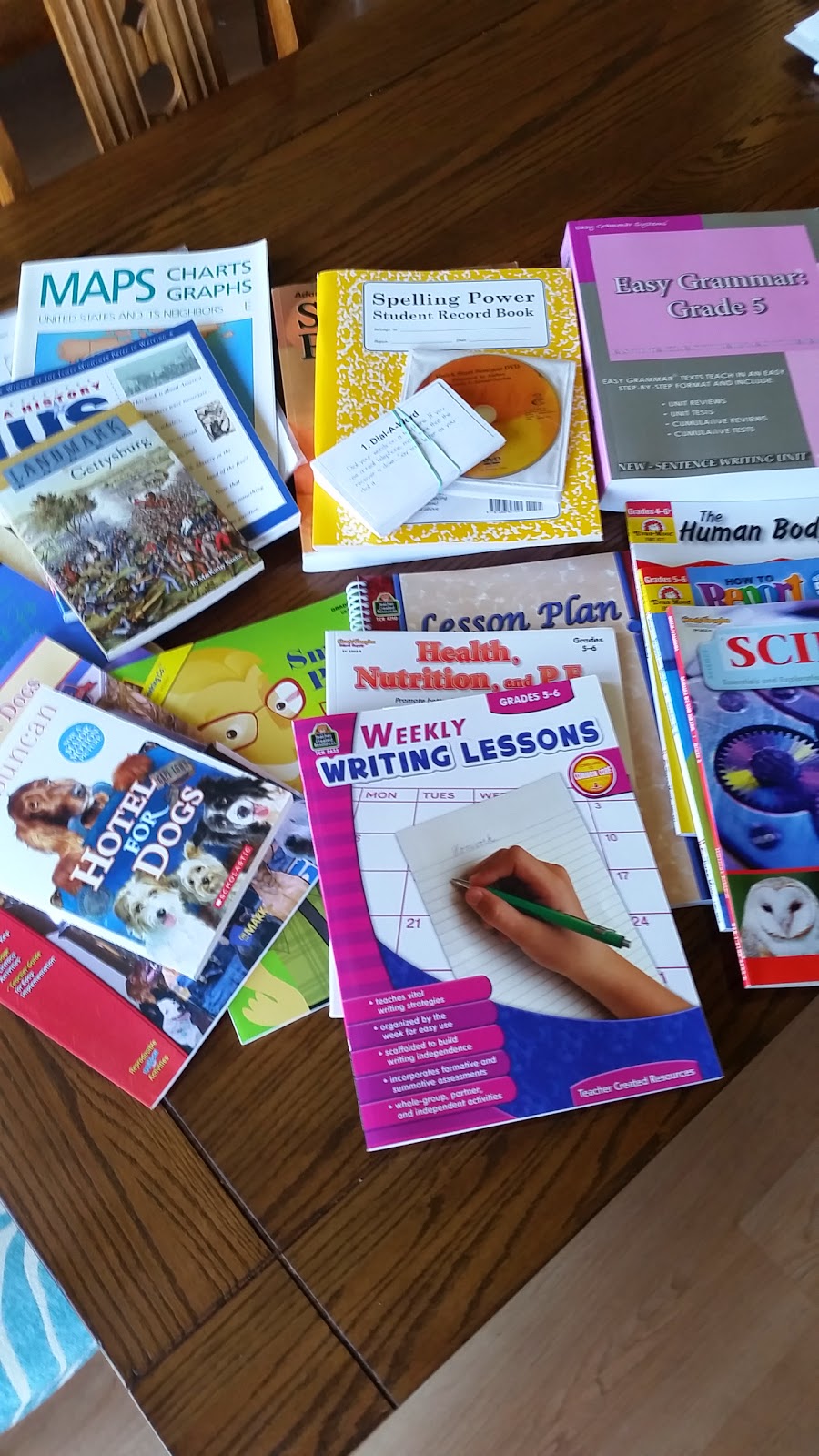 When we decided last week that we were going to homeschool Ethan, we didn't intend that I was going to start immediately,  But then...

On Thursday his teacher gathered some papers that had been turned in without names.  And she lit them on fire!  In the classroom!  Ethan was freaked out by that so he spoke with the vice-principal.  Later in the day the teacher apologized to Ethan.  No one called us to report anything.  Fire in the classroom?  No big deal.  Just another day in public school.

So that was it for us.  We went in the next day with a letter saying we would be teaching him at home.  We went to his classroom, collected his things and left.  Later that day we went to a local store that sells curriculum for homeschoolers and purchased everything in the photo plus more.

Homeschool began today.  I sure hope I can do this.  I must.
Posted by bristowmom at 9:35 AM

What an incredibly stupid thing to do on the part of the teacher. Fire in the school??