Here is a taste of what we've been doing around here lately: 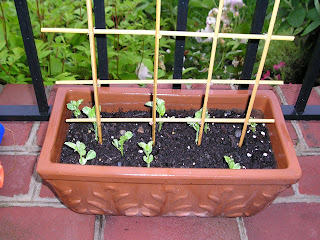 I took Anna on one of my flower-buying excursions and told her she could choose something, anything she wanted. She chose snap peas! Here they are about a week after sprouting. 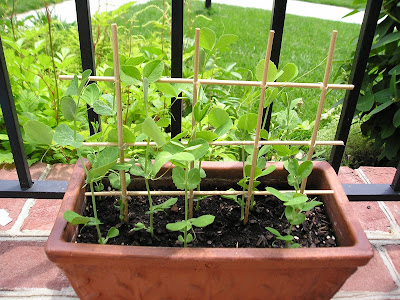 Approximately 2 weeks after sprouting. They're doing great! We have them on our front steps so that (hopefully) none of the resident wildlife will eat them.

I somehow found a spurt of creativity and have made some rather nice cards. Here are some: 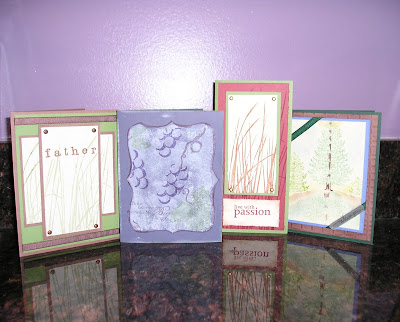 I tried to take individual photo's but can't figure out how to turn off the flash so the photos aren't turning out. My preferred method - scanning - isn't working because... well, that's boring information. It's just not working. Too bad, because Anna wanted to make a card like one of mine and so I helped her this morning. It turned out pretty good. If I get the scanner figured out I'll post her card.

Also, Ethan has been working on things like this: 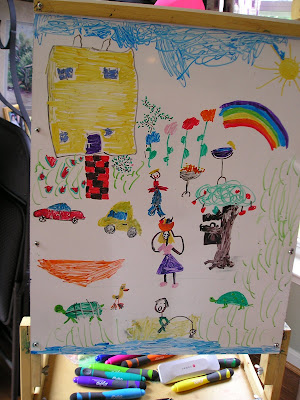 This is actually an on-going collaborative effort between the kids and I. One person starts something on the white board and then others add to it, whatever they want. I'll give the credit to Ethan though, since he isn't making cards (yet!)

That's the excitement around here!
Posted by bristowmom at 1:42 AM

I love kid art. The whiteboard is fascinating to me.

We used to have a massive whiteboard in the basement. It was never the collaborative effort you describe, but we always had something going on on it. Massive battles, if Ryan drew. Horses, if it was me. I don't recall what Abby liked to draw other than horses, which she only did because I did.