I have previously shared pictures from Multnomah Falls.  This is similar and nearby, but different.  I learned of this hike while searching the internet for less touristy things to do.  This is called Horsetail Falls and the hike was classified as "easy".  Two overweight, middle age, non-athletic people could only wonder what a difficult hike would have been!  We hiked up and up and up for - ? 1-1/2 miles?  It was lovely and we absolutely enjoyed it, but we had to stop MANY times to catch our breath!  (For the record, I had begun a diet shortly before this trip which I am still on.  I have lost a considerable amount of weight.  I tried to insert a "before and after" picture here but... you know, technical challenges.) 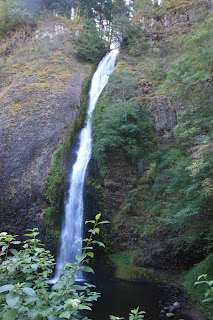 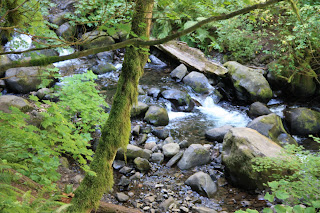 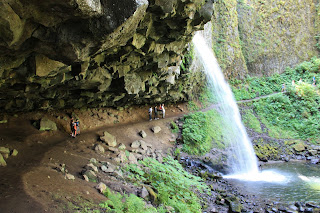 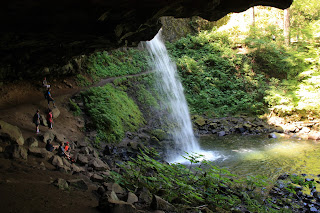 We were ultimately headed to Vancouver Island, British Colombia, Canada.  I have loads of pictures which I will share in subsequent posts.

Abby and I plan to see it this summer.