If you know me, you know that I am not a camper.  Generally I feel that sleeping at a Super 8 is as close as I care to come to camping.  Recently, however, something happened - I honestly don't know what.  All of the sudden I had an urge to go camping.  In a tent.

I didn't want to camp in the tent we owned.  (Yes, "we" had a tent.  It was used by Eric and the kids when THEY went camping.  Without me.)  That tent is small and completely unappealing to me.  I somehow knew that if I had a big enough tent I could camp.

So we went tent shopping.  We bought a tent that I am very pleased with.  It is supposed to be a 6-man tent, which means 4 people fit into it comfortably.  Besides the sleeping area it has a screened room which seemed like a very nice touch to me.  It is tall enough to stand up in, has a hinged door AND it has a light inside.  How cool is that?

To everyone's surprise, I enjoyed camping.  Very much, actually. 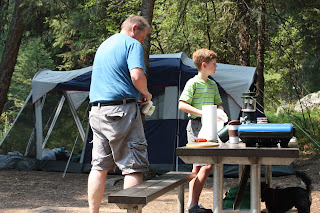 We brought Forrest the dog along.  He did NOT enjoy camping.  Not one little bit.  Here he is, peeking through a tent window at me.  (He was inside the tent.  If he and a human were inside the tent he settled down, but only a little.) 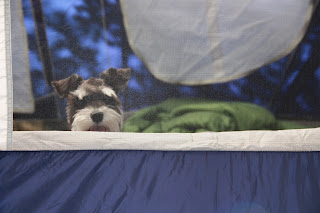 As usual, I found a flower to photograph.  (And the picture of Anna wading in the lake stuck here next to the flower photo.  Not sure why.) 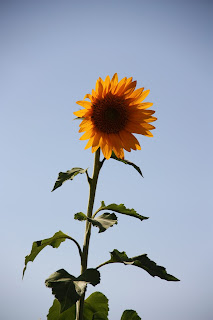 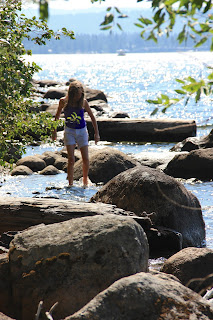 There were 6 deer who have obviously become very accustomed to humans.  Three of them, a mother and 2 fawns, slept just behind our campsite.  The fawns napped there in the afternoon with people around!   They weren't even afraid of the dog.  Not that they should have been, but do they know that he's afraid of everything? 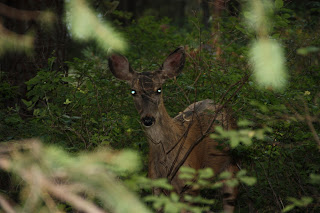 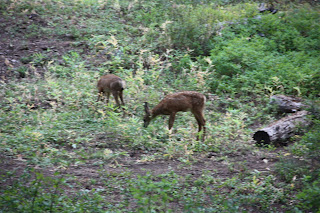 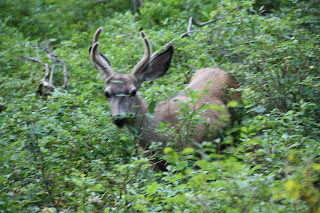 We roasted marshmallows, some for s'mores, rode bikes and played card games under the light in the tent.  It was a fun family time. 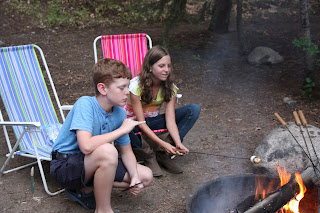 The ONLY negative was the bees.  None of us was ever stung, but there were lots of bees around, especially when we cooked.  But we didn't see a single mosquito so that was good.

And although we didn't see them, we are all quite certain that somewhere last weekend pigs were flying.

Well, it sounds lovely, especially with a big tent. I took my children, once, many years ago, and we had a huge tent with rooms! Wouldn't want to do it again now.

Sounds like lots of fun! I love your pictures too. :)

Fresh air and photography, away from the house and all its respopnsibilities, what's not to love? :)

This reminds me of two girls camping when they were 17-18 yrs old in their night gowns in South Dakota who woke up to some chilly temperatures. Did you share that experience around the camp fire?

Well I am glad that I do not get those 'urges'! However your tent does look spacious and it was not raining. Have not been camping since my teens.