We did venture outside of our villa a few times. Around every corner there was something new to take my breath away. This is one of the pathways between villas. A bit of an upgrade from your standard hotel hallway! 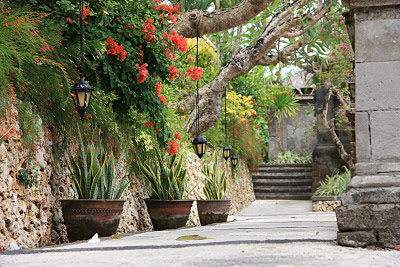 There are active volcanoes on Bali, so I am guessing these retaining walls were built using lava rock from around the island. 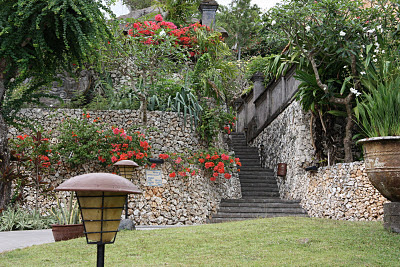 Around one corner, a lovely little waterfall. 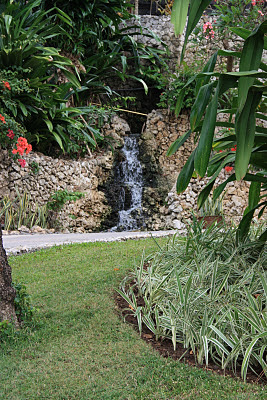 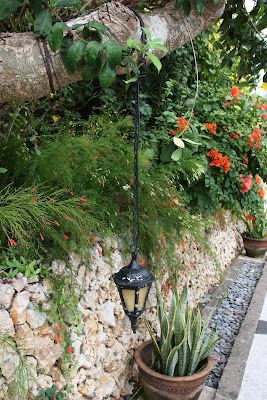 Flowers around every corner. 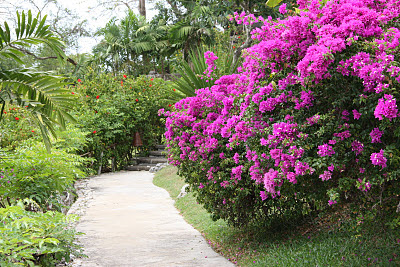 This flower I have never seen anyplace else. I don't think it shows in the photo, but in real life the flowers looked almost like they were made out of wax. 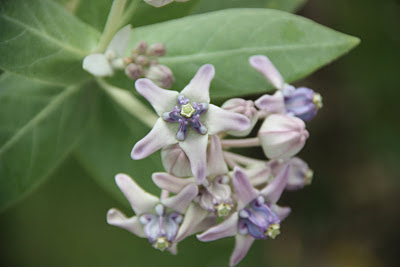 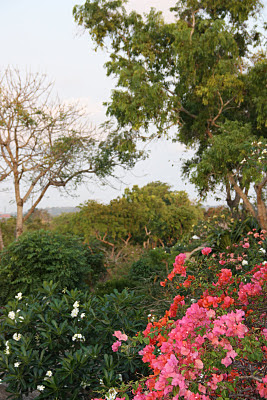 Bali is predominantly Hindu, a fact which sort of surprises me since most of Indonesia is Muslim. There are Hindu temples everywhere. As a side note, I have to say that the Hindu temples are nowhere near as ornate as the Buddhist temples which we see all over Taiwan. The Hindu temples seem to be mostly a pile of rocks. I began to identify them by a two-tiered golden umbrella-type thing that seemed to always be attached.

There is a temple within the grounds of the resort and it happened to be very near to our villa. One evening I heard a lot of racket coming from the direction of the temple so went to see what the cause of the racket was. (I'm sorry to describe it in less than flattering terms, but I find that the "music" associated with both Hindu and Buddhist religions is very distasteful. It is a cacophony of strange and discordant instruments which seem to all be playing whatever strikes their fancy rather than everyone playing notes that blend together into a beautiful song.) On this particular evening there were temple dancers putting on a show for the guests. I found the costumes to be beautiful. 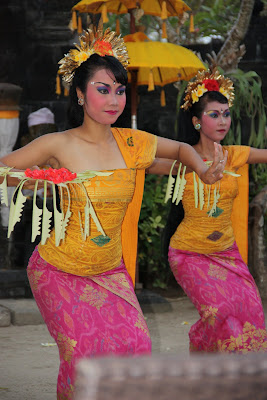 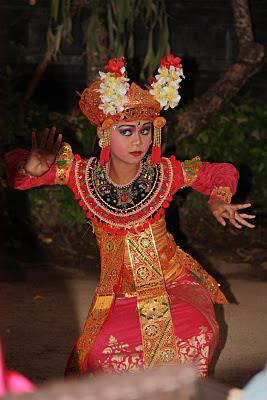 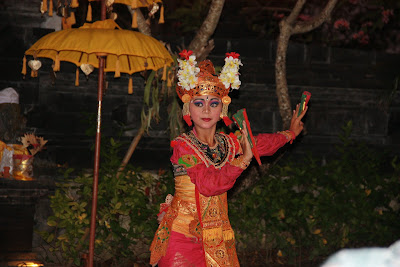 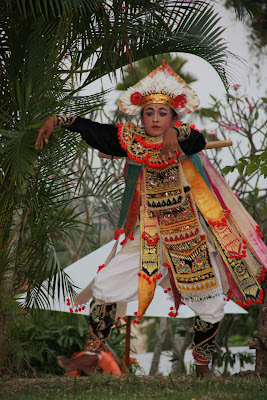 The dances themselves were not particularly appealing to me, especially the dance performed by the male. It was full of frenzied shaking which, sorry - just being honest here, seemed demonic to me and was therefore not the least bit enjoyable to watch. Nevertheless, interesting to see this bit of another culture.

I still have a few more photos to share. For now I will leave you with a preview of the centerpiece of our NEXT vacation in Bali. Yes, we are returning in December with the kids! The house beyond the pool will be our base camp for exactly half of our time. Eric and I visited and were treated to a lovely lunch by the owners of this little gem. I don't expect the next trip to be as indulgent as the last, but it should be fantastic in it's own way. Posted by bristowmom at 7:38 AM