Perhaps you already know that Taiwan was formerly called Formosa. I didn't know that until I was moving here. Formosa means "beautiful island". Living daily in the grit that is Taipei, I often forget that this truly is a beautiful island. So it was good to get away from the city and see some of the beauty.

We attend church with a fascinating 92 year old Chinese gentleman. He was captain of a ship in his younger days, speaks perfect English, carries himself with dignity and is always smiling. When Eric told Mr. Dawson that we were taking a trip to Kenting, Mr. Dawson said we should not miss the lighthouse. And because it was Mr. Dawson who said so, we were sure to make the trek. 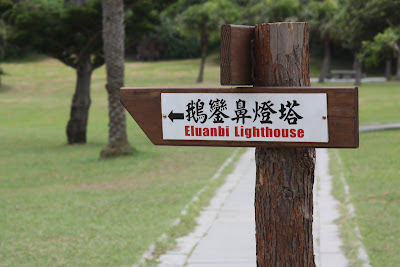 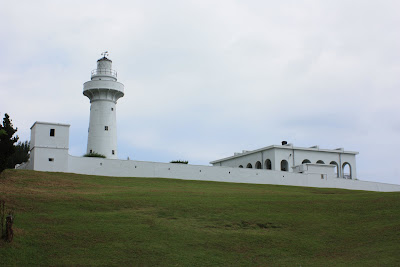 The grounds surrounding the lighthouse are superbly manicured, and the vistas are spectacular. 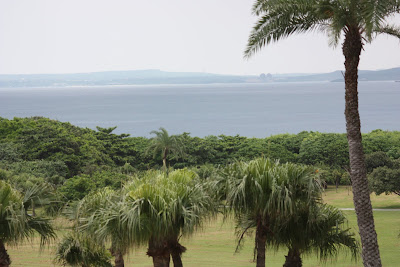 I think I should use this picture for our Christmas cards, although now that I'm putting it here perhaps everyone who gets a card from me will already have seen the picture. 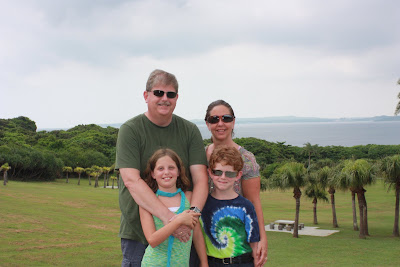 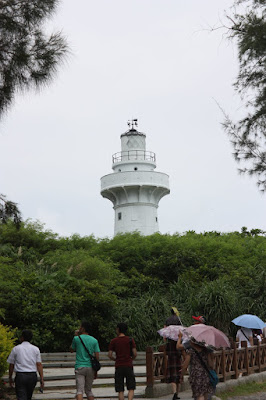 On the trail up TO the lighthouse there were several vendors selling trinkets. I was a little disappointed in that as I thought they rather spoiled the serene beauty of the place. Interestingly, on the way down the vendors were gone. I don't know if they were chased out or if, more likely, it had simply become too hot for them. 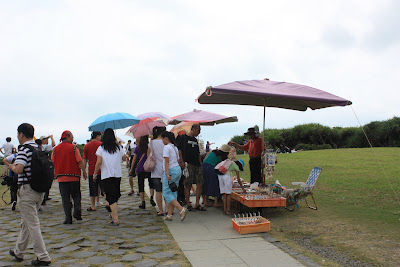 While us Americans took pictures of each other in very stiff poses, the Taiwanese had more fun with their pictures. 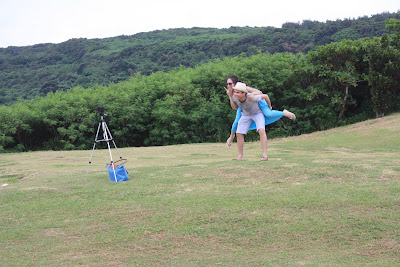 The lighthouse must have been a military fortress at one time. The surrounding wall was full of these openings (are they called gun turrets? I cannot remember!!) I tried and tried and tried to take a picture through the opening to the beautiful ocean beyond. But because I do not know how to set my camera manually I was completely unsuccessful. 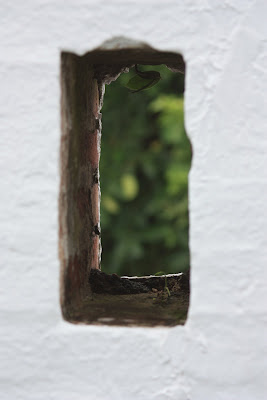 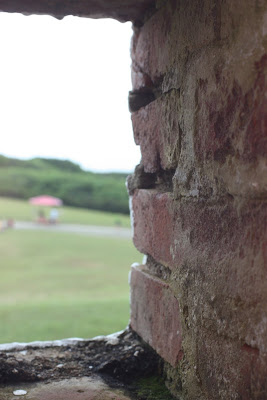 (This is why I am hoping to take a photography class. I was all prepared to sign up for Karen Russell's online class but, due to the time difference and my forgetfulness, I blew the sign up deadline. Her classes fill up in about 2 minutes!)

I assume this was housing for the men who manned the guns at the lighthouse. They were not open to tour, but I think they are pretty. 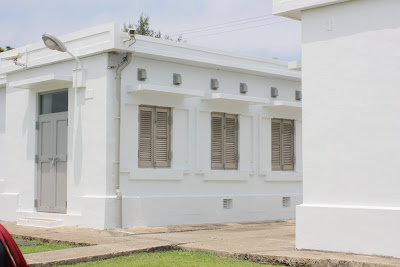 I thought this staircase was interesting. For quick escape? 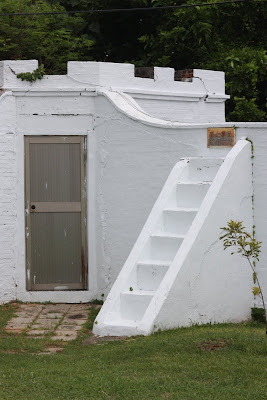 And I love, love, LOVED these arches and their view to the sea. Wouldn't this be a spectacular backdrop for wedding or graduation photos? Or if I could paint, I would paint this scene. Just beautiful. 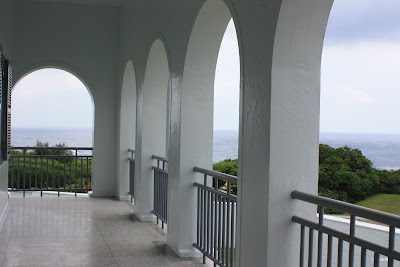 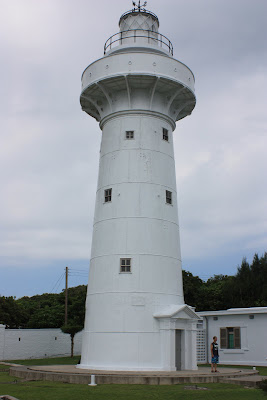 I will leave you with one last beautiful scene. The mountains in the background are beautiful. We thought the one was rather funny - it went to a perfect peak, just the way a child would draw it! 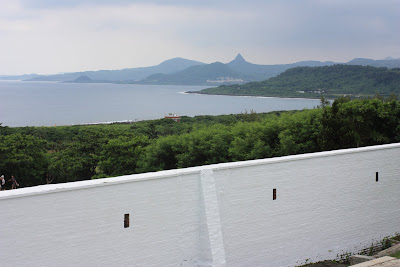 Posted by bristowmom at 7:33 AM

What a beautiful area you explored. And such a nice family photo too!

Certainly a very picturesque lighthouse with beautiful scenery.
Yes the arches are a lovely backdrop.

Can see why the gentleman sent you there.