Up a Mountain and back

One day while visiting my Dad we went for a drive up a mountain to an area with a beautiful view. My husband introduced me to this spot on our second date, and we returned to it several times over the years. I hoped to spend some time looking at the view and drinking in the quiet sounds of bugs and birds. The view was beautiful but... 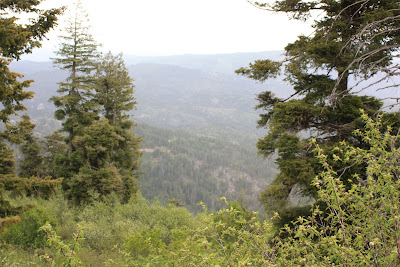 ..as evidenced by the next picture, it was still cold up on the mountain. It was nearly July and there was still SNOW up there! And it was raining, only lightly, but still...! Between the cold and the rain neither of us felt like lingering. I did whip out my phone and take a video, not for the pictures as much as for the sound. Oh how I love the sounds of silence! 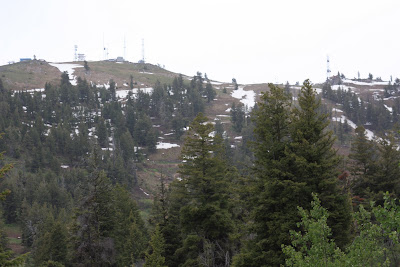 I took some pictures on the way back down which I share for the benefit of any readers who have never been to Idaho. It is high mountain desert - very unlike my current home in Taiwan! 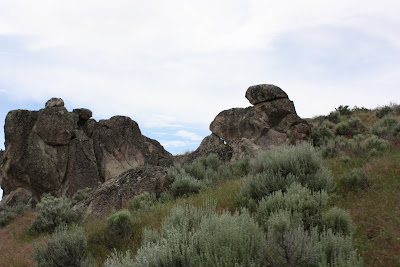 Looking out over the valley where my children were born (called "The Treasure Valley" in Idaho.) 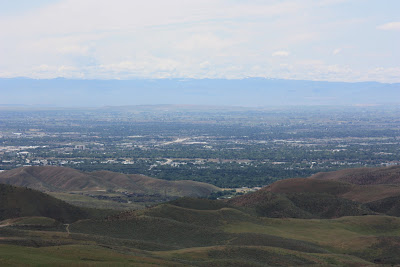 Of course, along the way I found some flowers! There was a large mass of wild roses growing right up next to the road. I had to get out of the car and take close ups. I cannot help myself. And the sound there was wonderful also. The bush was buzzing from the many honeybees who were feasting on it's nectar. 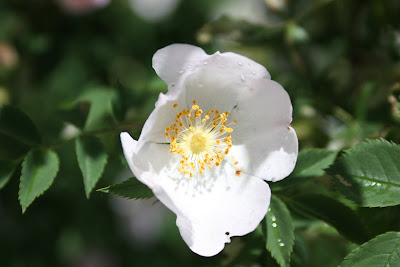 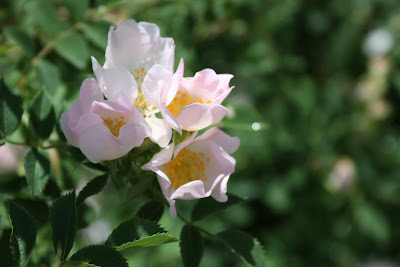 I also took some close up pictures of sagebrush, in case anyone is interested. From a distance they are scrubby, unattractive things but up close I think they are rather pretty. I especially love the color. 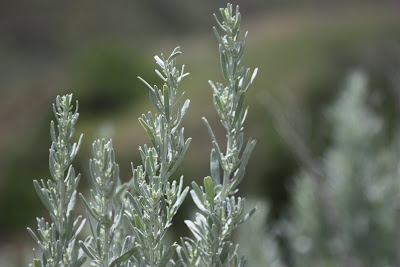 Once down the mountain I suggested we stop for a particularly yummy treat. 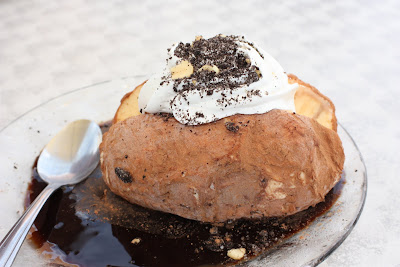 A potato of course! (This is Idaho, after all.) But this is not your ordinary potato. NO! This is an ICE CREAM potato! Yummmm...

It came from The Westside Drive-In which is a wonderful place full of nostalgia and which seems to be representative of Idaho as it used to be. 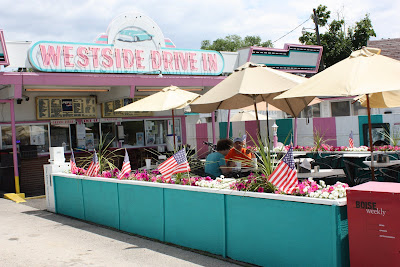 The Westside Drive-In is somewhat famous. Well, at least they had a moment of fame. They were once featured on "Diners, Drive-ins and Dives" and they have this picture to prove it. 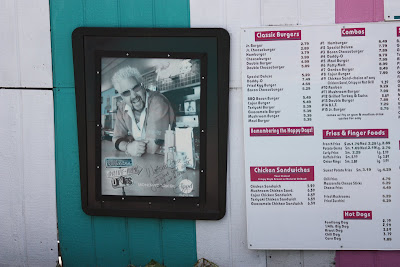 I didn't see the show. Ok, I've never watched the show at all. It's on the Food Network after all and I have never been interested in cooking, much less watching shows about cooking. My point is, since I didn't see the show I cannot say with certainty whether Westside was classified as a Diner, a Drive-in or a Dive. But this famous guy was in Boise, Idaho at the Westside Drive-In and, in Idaho, that's pretty big news!

I came home from my trip with close to 500 pictures. Don't worry, I won't post them all! But I will post more as time allows.

We are leaving again this weekend. Going on vacation, from vacation, during summer vacation. My life is tough.
Posted by bristowmom at 8:23 PM

I love sagebrush. The color, the smell, the dry dustyness... yep, good stuff.