While Eric was on vacation we went to the Taipei Flora Festival. I was hoping for the best and expecting the worst. I think what I found was somewhere in between.

Upon entering we joined a long line of people waiting for we knew not what. We entered a stadium type venue and saw this: 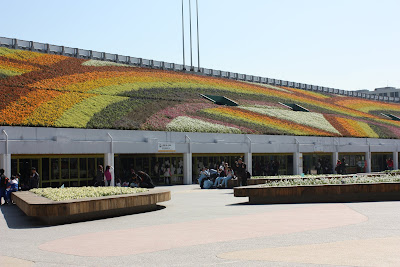 It wasn't my worst fear. My worst fear was that the festival would consist of cartoon characters shaped from flowers. But at the same time I was disappointed. I hoped for fields of flowers which I could walk through. However since we had just entered there was hope that things would be better. So we quickly exited the stadium and walked toward the next area, where we found this: 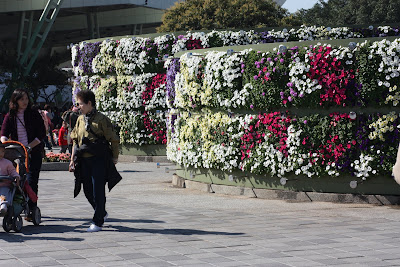 The flowers on the walls were pretty but I was still disappointed in the presentation.

On a side note: notice the outfit on the girl in the next picture. It seems to be rather typical of how girls in their late teens / early twenties dress here and I think it is kind of funny. Shorts, tights and winter boots! 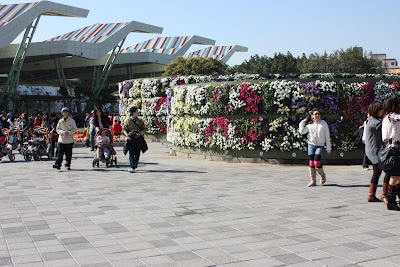 Things got better once we moved past the wall display. There seemed to be acres of rolling floral displays in red and white. At first the red flowers were begonias, not my favorite, and the white were Sweet William. Just a little further along the path the red turned to poinsettias and things were looking better. 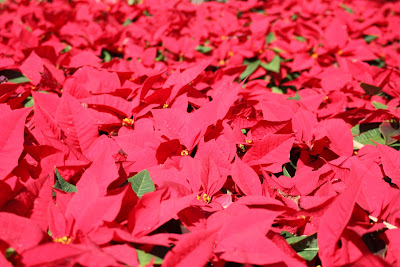 This view from a bridge gives a little idea of the scale of things. 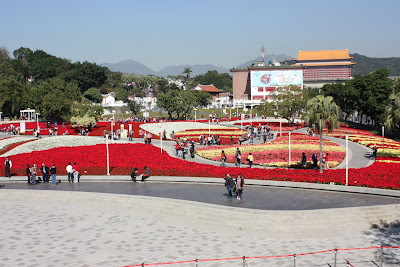 I have to confess, we didn't take full advantage of the festival. We had an appointment we had to get to so we missed much. But we did find a house that I would live in if I could. 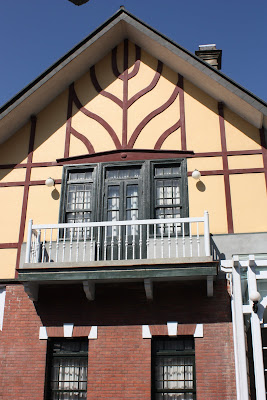 The house was my style, old and "cottagy". Better than the house were the gardens around it. There was a sign saying they have been working on these gardens for 7 years. 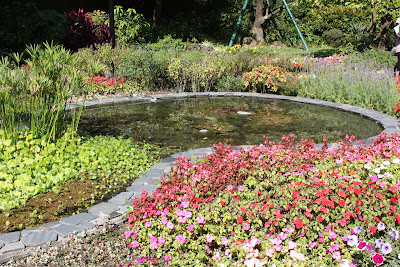 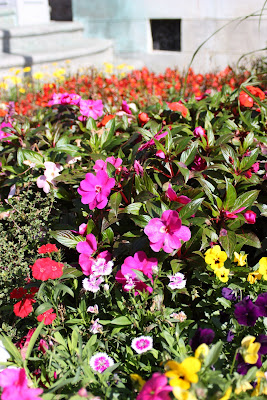 At the back of the house was this beautiful solarium. 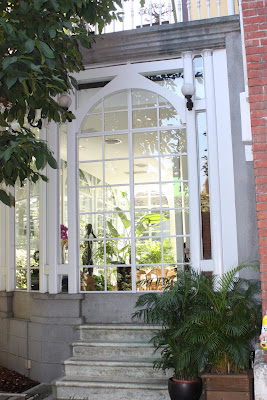 This is pretty much all I saw of the festival. There is much more but I was not impressed enough to want to go back.

I can tell you that shorts and tights are 'de rigeur ' in Manchester also!
The flower festival seemed quite regimented, not as free as one might like....but I loved the little house!