Recently I went on a field trip with Ethan's class. We toured the neighborhood around the school. One area we went through was the market. It was small but fascinating.

I will warn you that there are some pictures that will gross some people out. I will start with some NOT gross pictures so that you can choose not to scroll down. (Really there is nothing horribly gross, but for those of us who are picky eaters they are pretty bad.)

First, some of the vendors.

This man was happy to have his picture taken. 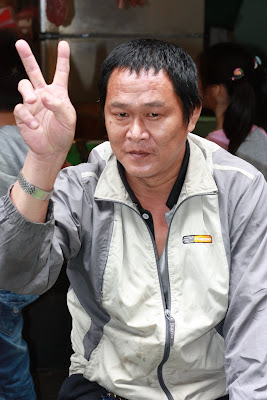 This man didn't look happy about anything. 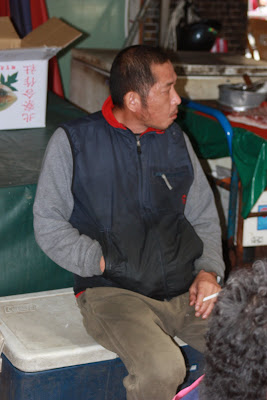 And this woman, I don't know if she was annoyed that I thought her everyday life was photo-worthy or if she was shy, but she happened to turn toward me as I lifted my camera and her head snapped away so quickly that this is all I got. 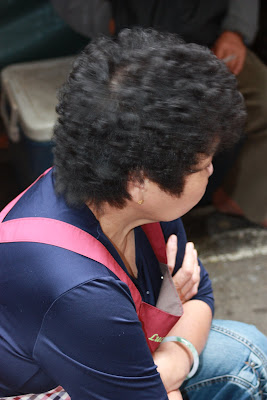 And now for the local delicacies. I wouldn't eat this for all the tea in China, but I do like it's color. 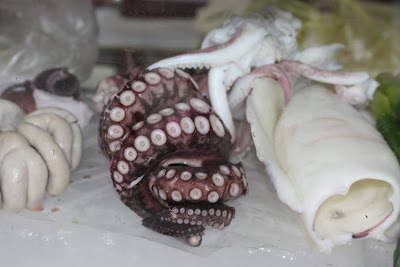 Part of me thinks they just put this out for effect, but we were not in a tourist area so more likely they actually eat this. Honestly, I don't want to know. 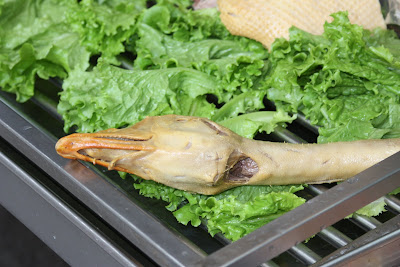 That's it, gross part over. On to something pretty.

I went back looking for this store the following Sunday because I wanted to buy some baskets. The shop was closed. 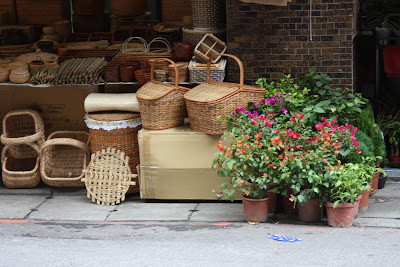 There were some pretty vegetables. I don't eat eggplant but, again, I love it's color. 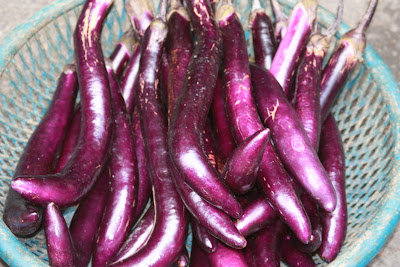 I don't know what this is and I'm pretty sure I don't want to eat it (although if the choice was this or the octopus or bird head I would easily choose this) but I think it looks very interesting. 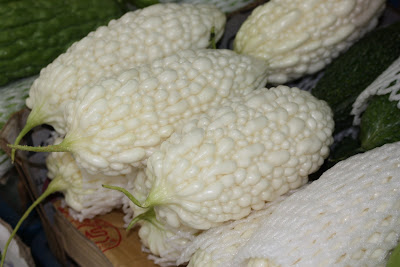 Back to fish. These are far more normal but I'm still not interested in eating them. 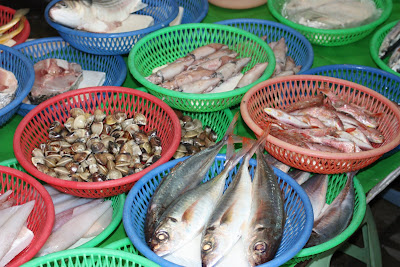 Another happy vendor. He was proudly showing off his fish for me. If I was going to buy fish I would have bought them from him. 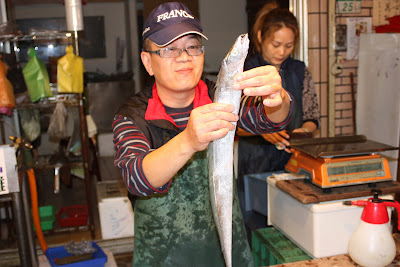 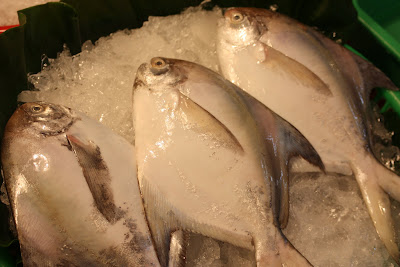 What different and interesting food you found in the market.

Anything with tentacles is just a bad idea. Also not fond of beaks... Yikes. Funny what they eat that we can't imagine consuming.

Very interesting indeed, but maybe not some of the food! Same in China I guess.