It's almost 1 p.m. and we're still in the thick of the storm. It started off slow yesterday. It began snowing at my house at 9:18 a.m. By 4:30 p.m. we had only received about 3 inches of snow, and it was melting on sidewalks and roads so not a problem. (In other words, my kids could have gone to school!!!) But, as predicted, the snow began coming down much heavier in the late evening and we got a LOT overnight. Eric went out to shovel this morning, just so we wouldn't have to shovel it all at one time at the end. Here is how it looked this morning: 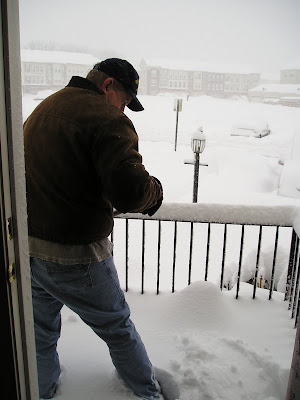 About 11:30 I went to take a turn at shoveling. With each of us, we shoveled the sidewalk then went to partially shovel out our car. By the time we were finished at the car there was already 2 more inches on the sidewalk!

I took a couple of pictures to try to give you some perspective of how much snow we've received THUS FAR. It is still snowing like crazy, and not supposed to quit until late tonight! 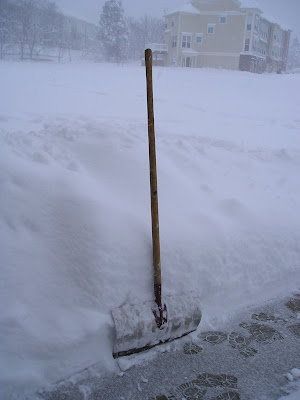 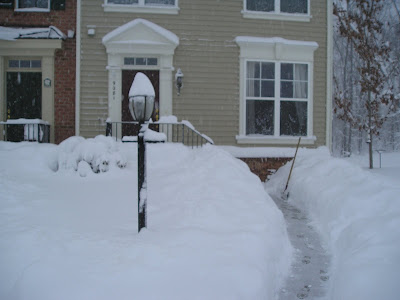 I thought I had left this all behind when I left Minnesota 15 years ago! I think I would move to Florida, except I don't like alligators.
Posted by bristowmom at 1:46 AM

Paul says that it has been warmer in Boise this year than in Florida. Of course, we drove to MN and WI on our winter vacation, so what do we know anyway?

I've gone to Minnesota in February twice since moving away. Temps were below zero. How crazy is that? At least here it warms up and melts between massive storms.