It has been well over a month since we left Bali, but I still have so many pictures to post! Today, just a few from our elephant ride.

Just to prove I was there: 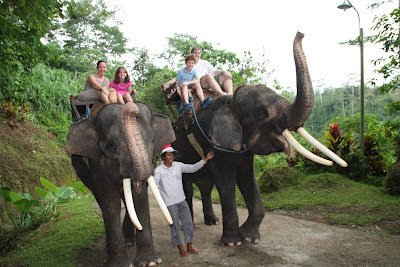 Elephants are not indigenous to Bali. They have been shipped over, I think from Sumatra, and they seem to be well taken care of. The men that give the rides are also their caretakers. We rode by an area where the elephants are kept at night. They are not chained or fenced in and apparently every so often they wander off at night. We were told this does not make the local farmers very happy. I can imagine!

As we were going along I saw that we were approaching some local housing, and I very much wanted to photograph it. I took this picture before we got there. As we got closer I saw that there were 2 women and a baby in front of the houses, so I didn't take any more pictures. As I think I've said before, I sometimes think it would be disrespectful to take pictures of people going about their private lives. As it turned out, those women were the wives of our "drivers". If I had known that in advance I would have asked if I could photograph them. My guess is they would have been fine with it. But I didn't get that bit of information until we had passed by. Oh well, here is a small glimpse of local housing: 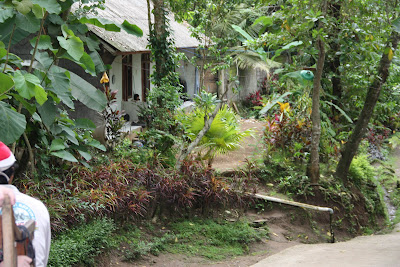 Part of the ride takes you into their watering hole. 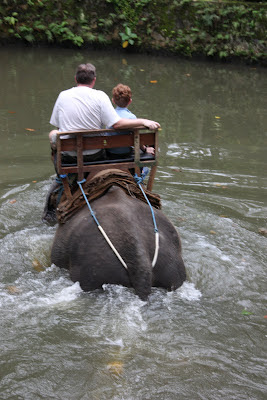 The guides wanted to have the elephants spray water on us. I told them NO! I was not afraid of getting wet but I did not want my camera getting ruined. They respected my wishes and just sprayed forward. 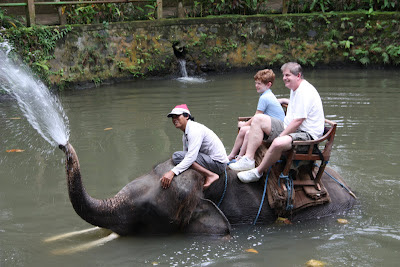 At the end of the ride they have the elephants stand on this post, then sit and then JUMP! The standing was okay, but when Anna and I saw the sitting we said NO THANK YOU VERY MUCH! It put the riders at a very severe angle which we didn't care to experience. I didn't even realize they had jumped - Ethan told me about that later. He said it was scary. 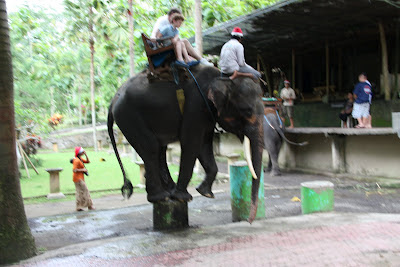 In pretty much unrelated news I thought I would tell you that we seem to be celebrating Christmas in February. I didn't bake one single Christmas cookie this past Christmas; however, the kids and I made 2 types of Christmas cookies over the weekend. And for dinner tonight I am going to make Norwegian meatballs - part of our traditional Christmas dinner. Better late than never I guess!
Posted by bristowmom at 12:14 PM

Very interesting pictures. Riding the elephants in the water looks a little precarious.