I Am skipping ahead to nearly the end of our trip due to boring technical reasons. I hope to backtrack to other pictures soon.

Our intention on the vacation was to spend the entire time relaxing on the beach. I seem not to be able to relax right now for some reason, and I began to get frustrated by the idea that there was an island to be explored and we were just sitting in one spot. So one day we hired a driver to take us to a small town not too far from our resort. It wasn't much to see; it was not touristy or quaint, but I really enjoy seeing how real people live.

Bintan is part of Indonesia, which is predominantly Muslim. Although these girls look too old to me to be in school, they were in the same uniform as many others so they must still be students. I love the pretty lace under their headscarves. 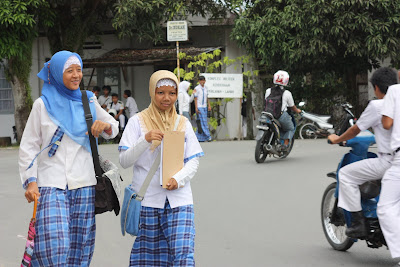 Likewise, these guys look too old for school. I thought they were policemen but maybe they are high school students. They were acting a little too silly to be policemen. 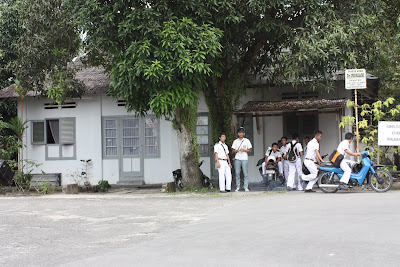 We drove past what our driver told us was a Muslim wedding. I was fascinated and wished we could stop. But if we stopped every time I wanted, well, we would probably still be there! I had to take a lot of pictures from the (very rapidly) moving van. I spotted these women and children leaving the wedding. Many of the guests were attired in bright outfits. These were more subdued. 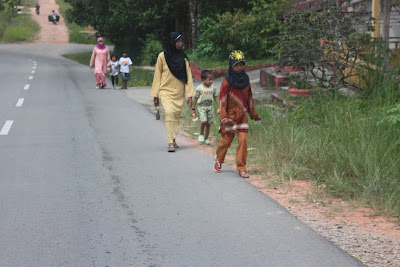 While walking we passed a construction site and I just had to take pictures because their methods were so rudimentary. These guys filled their bucket with sand at the street then carried it to the cement mixer. I guess I can understand not having cement trucks on the island (sort of!) but what about a wheel barrow? 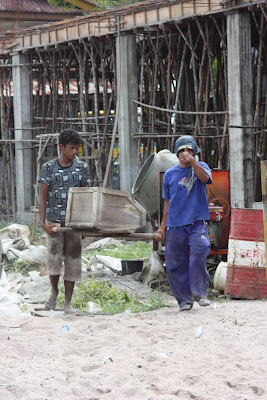 Generally the people were friendly. We were sort of nervous because we had no idea how safe the town was, but a lot of people said hi. As in Taiwan, they don't speak English but they do know hello and seemed excited to see white people with whom they could use their English vocabulary. There was one family we walked past and they were pointing at us and trying to get their little girl (about 2 or 3 years old) to say hi. She was too afraid of the scary, strange looking people and hid behind a cart.

I am getting more sensitive about taking pictures of people so I generally ask if they mind. These people were also excited and pointing at us so I asked (through gestures) if I could take their picture. When they said yes I first snapped everyone, then I tried to get just the 2 young girls. I wasn't quick enough though, and the older girl shyly moved behind one of the older women. They tried to coax her out but she refused. So I took only the little girl. She was precious. I would have liked a better photo but I was afraid she was going to bolt like the older girl so I just took the one. 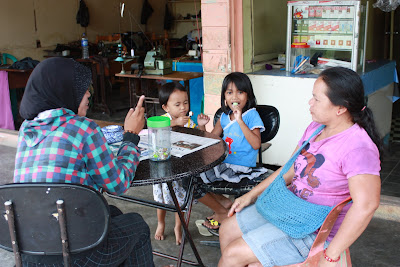 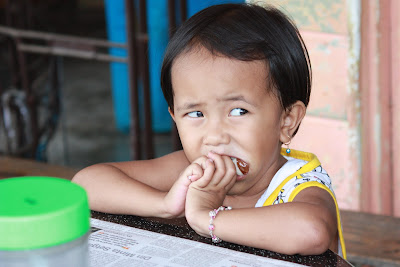 A somewhat typical house in the town: 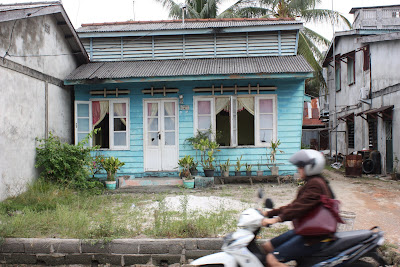 I saw 2 churches with crosses, which surprised me. I assume they are Christian churches and the area seemed full of Muslims so I cannot imagine there are enough Christians to fill TWO churches! 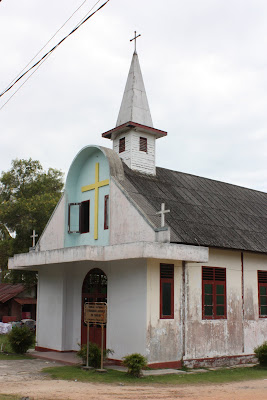 This was one of the nicest houses we saw: 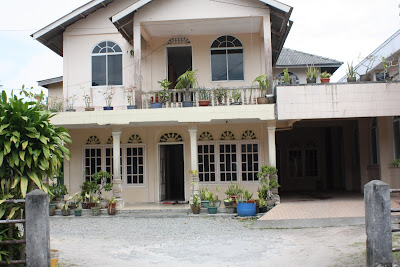 Windows on a different house: 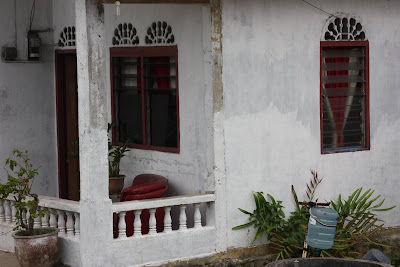 I took the above picture to show the window detail. I looked closely and the cutouts above the windows did not have screens, so all manner of critters would have free access into the homes!

I LOVE this column! 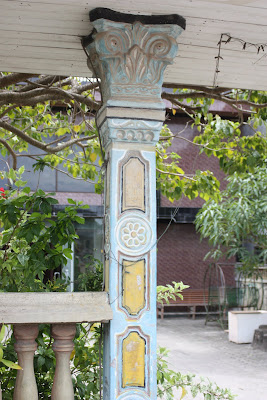 I guess you could call this the suburbs! 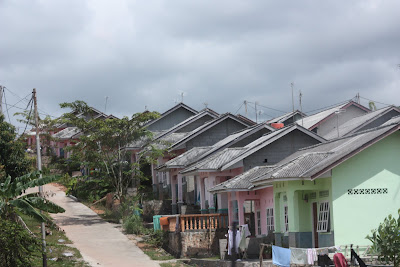 As we were driving back there were some incredible beach vistas and I was wanting so badly to stop. I didn't say anything, but Eric read my mind and asked the driver to stop so I could take some pictures. He pulled off at a public beach. It was lined with these little huts. I assume each group that visits the beach lays claim to a hut for the day. Rather a good idea I think, although they sort of remind me of something from Gilligan's Island. 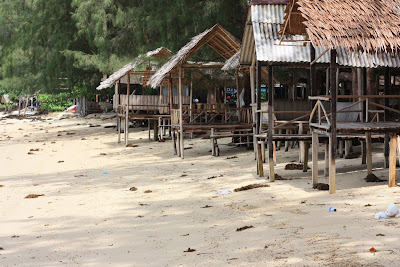 This is my favorite picture from the trip: 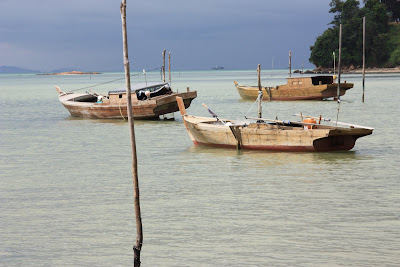 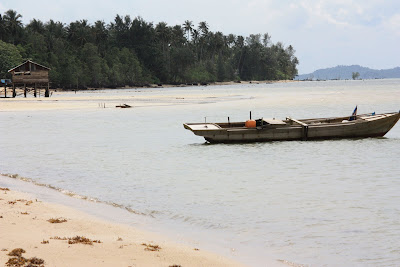 Back in the car, I snapped this as we passed by: 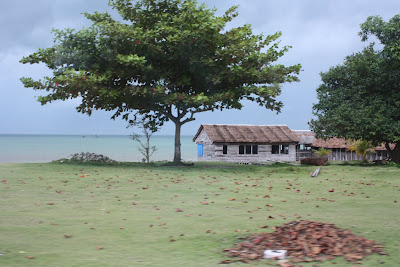 This picture doesn't belong with the rest, but I accidentally included it and I have to leave it here, with the story. It was an advertisement inside the ferry boat and I thought it was very ironically funny. On the ferry ride from Singapore to Bintan many passengers were making use of the barf bags, so I thought it was funny that the food service area on the ferry was called the BRF Deli. I laugh every time I see this picture. Sick humor, I know. 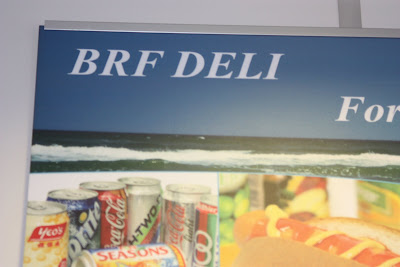 Posted by bristowmom at 4:56 PM