Spring break happened a few weeks ago; finally a chance to take a planned trip in our "new" RV.  So anxious to get on the road were we that we picked Ethan up from school IN THE RV and hit the road.

The first night we drove to some little town in Nevada.  The second day we drove from Nevada to Yosemite National Park in California.  Today's pictures were taken along the way to Yosemite.

We stopped at a scenic pull off at what I thought was Lake Tahoe.  It was actually Donner Lake which is much smaller than Lake Tahoe.  Oh well, a very pretty spot nonetheless. 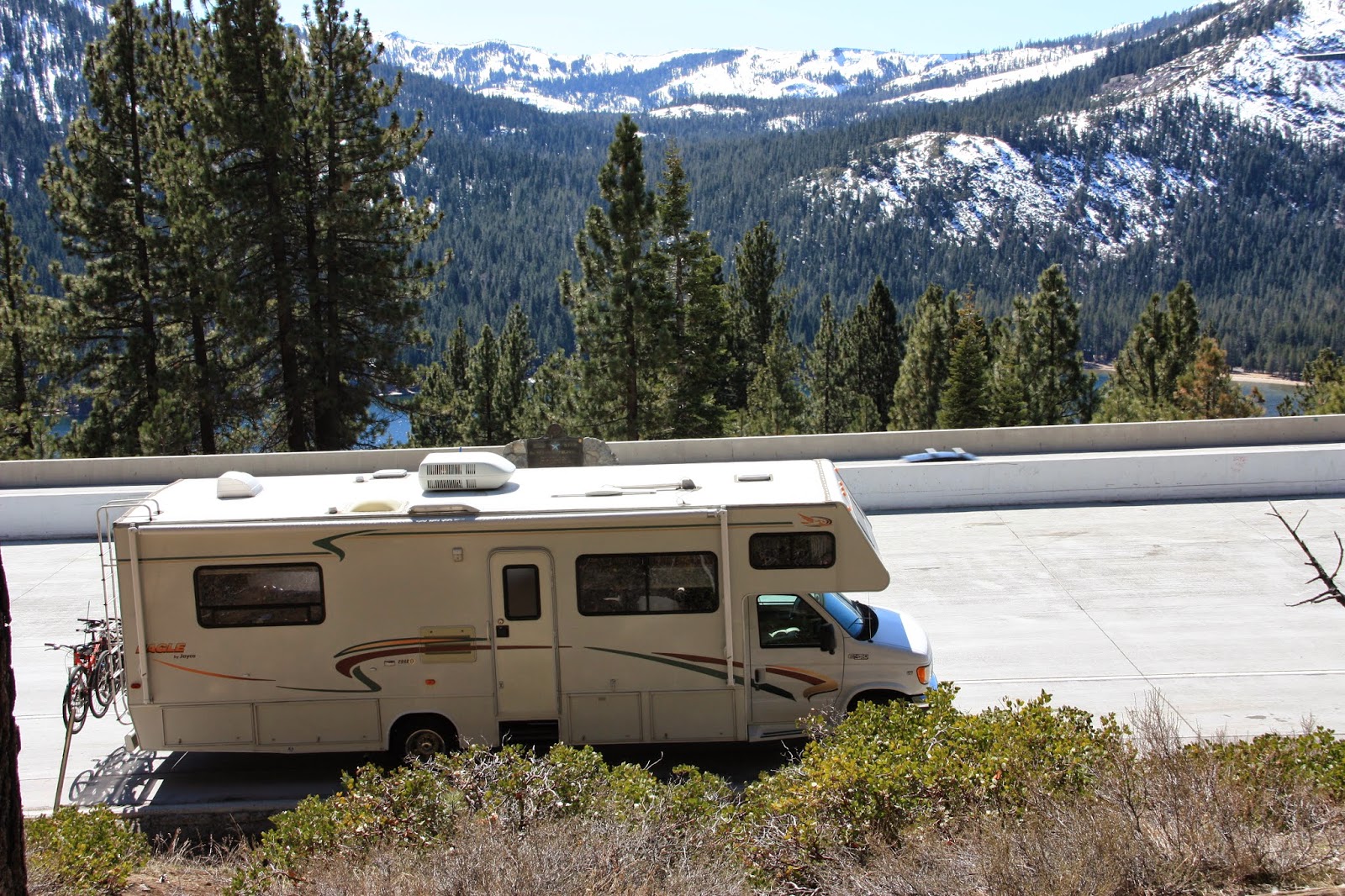 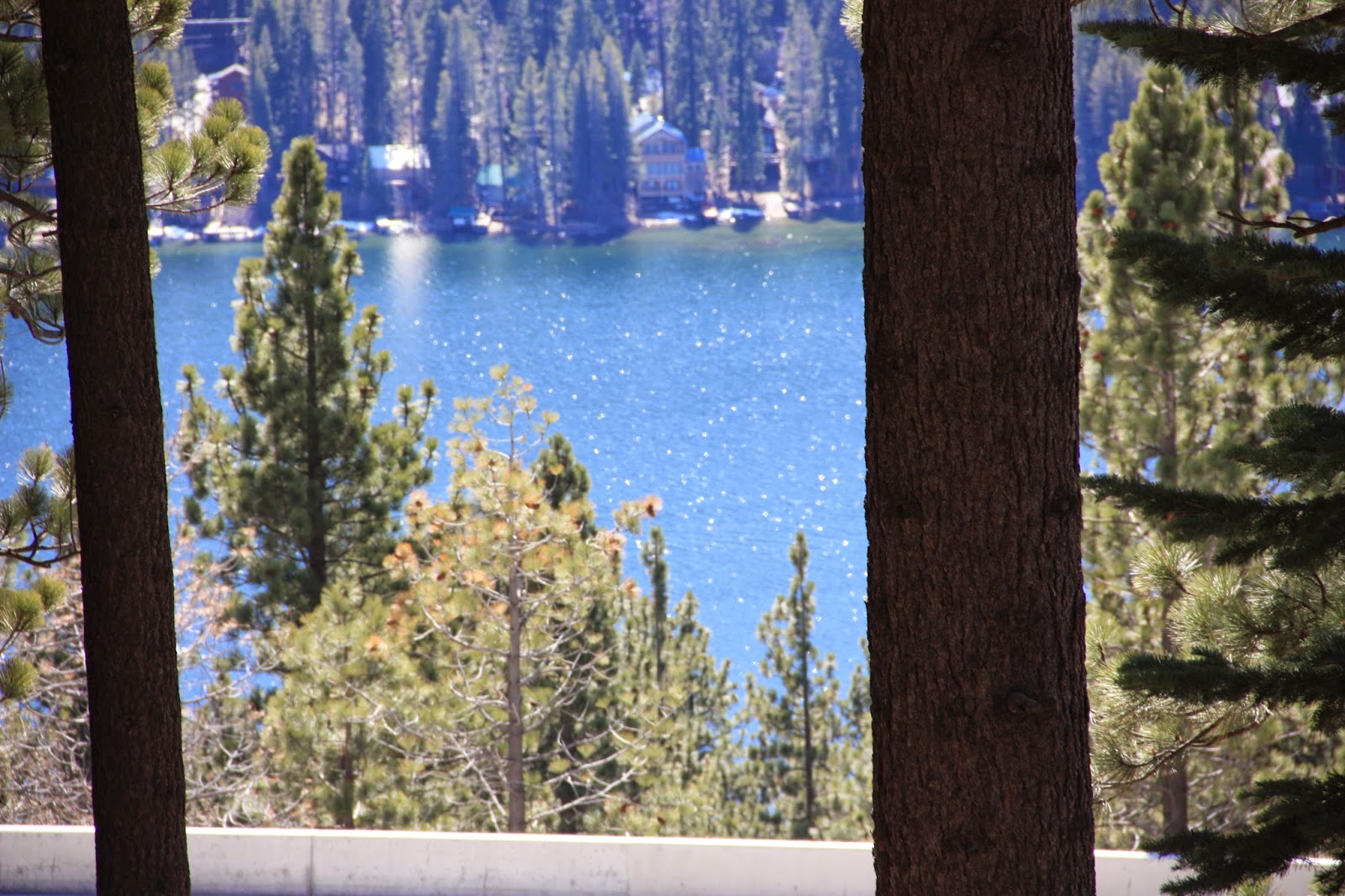 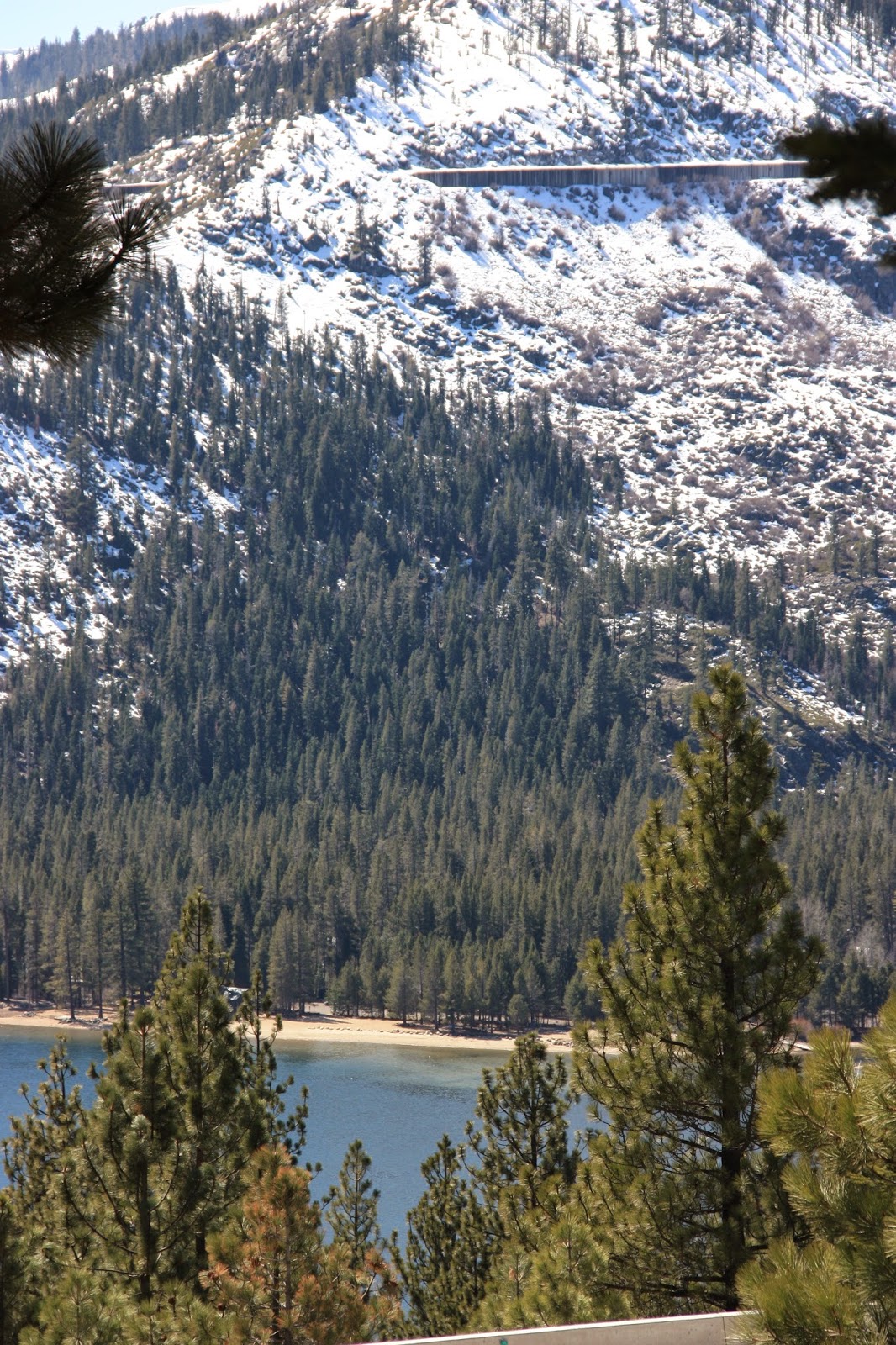 The kids took off up the hill where they found some pinecones. 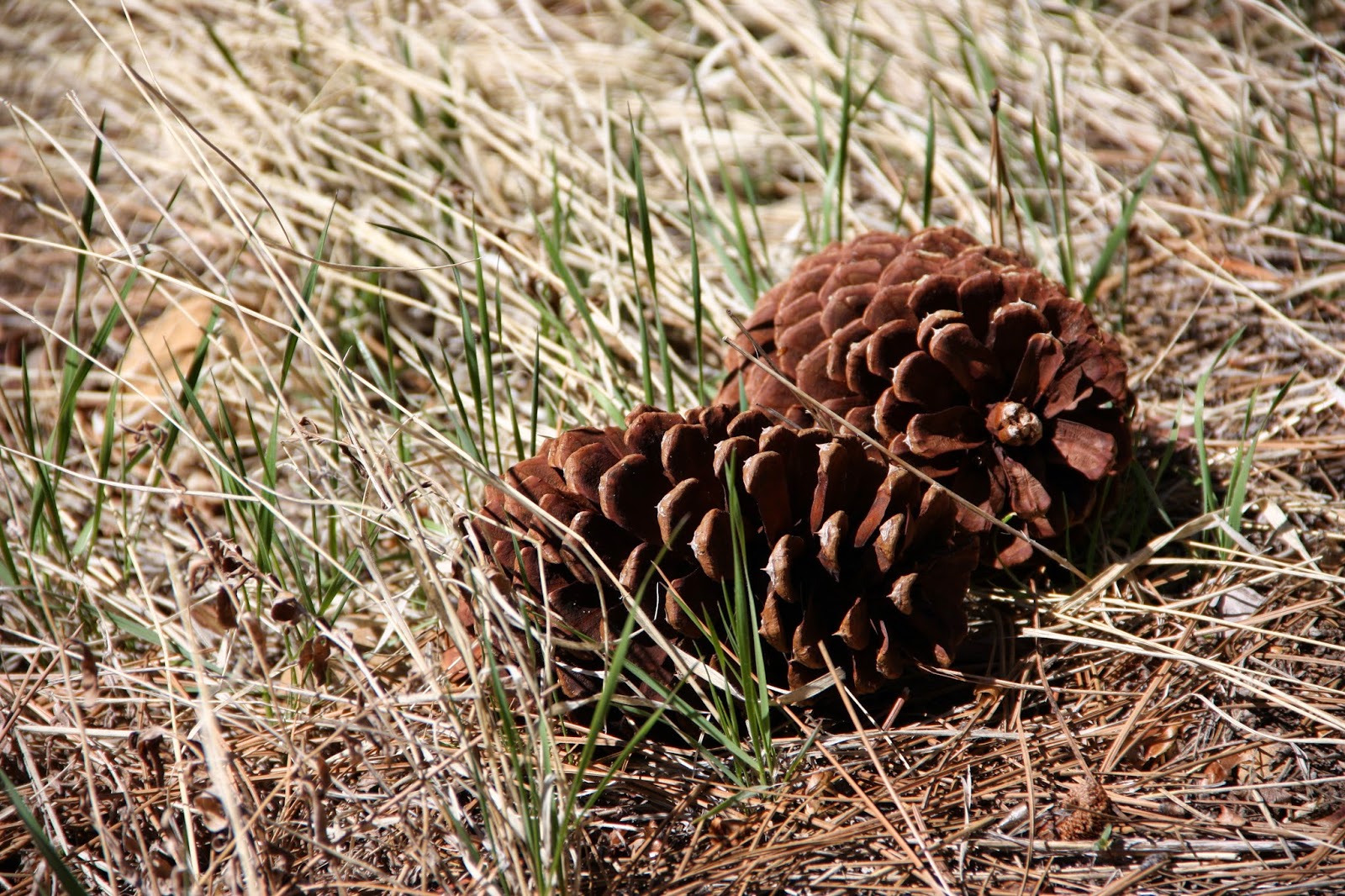 Huge pine cones, actually.  We gathered up a bunch of them and brought them home with us. 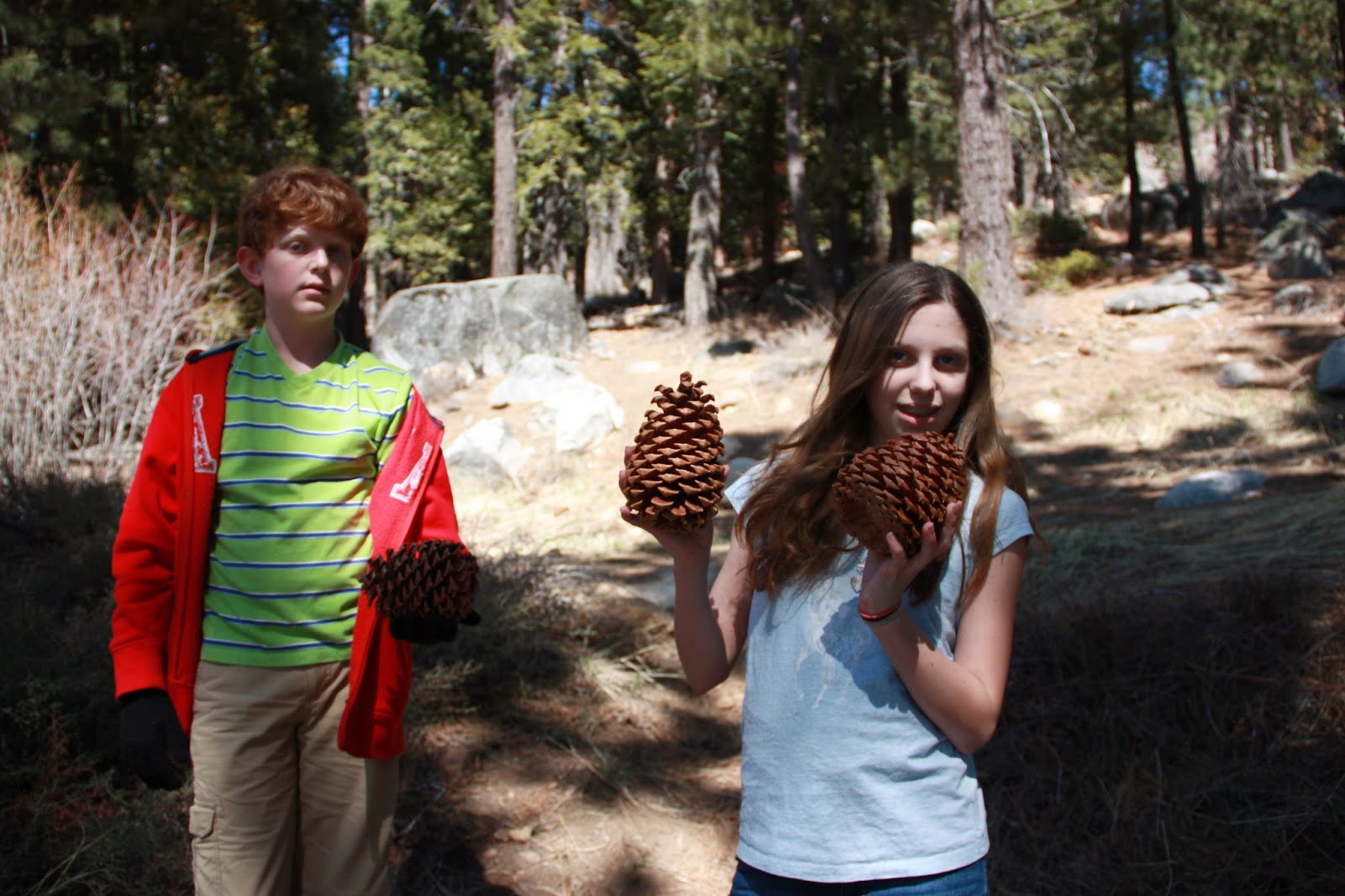 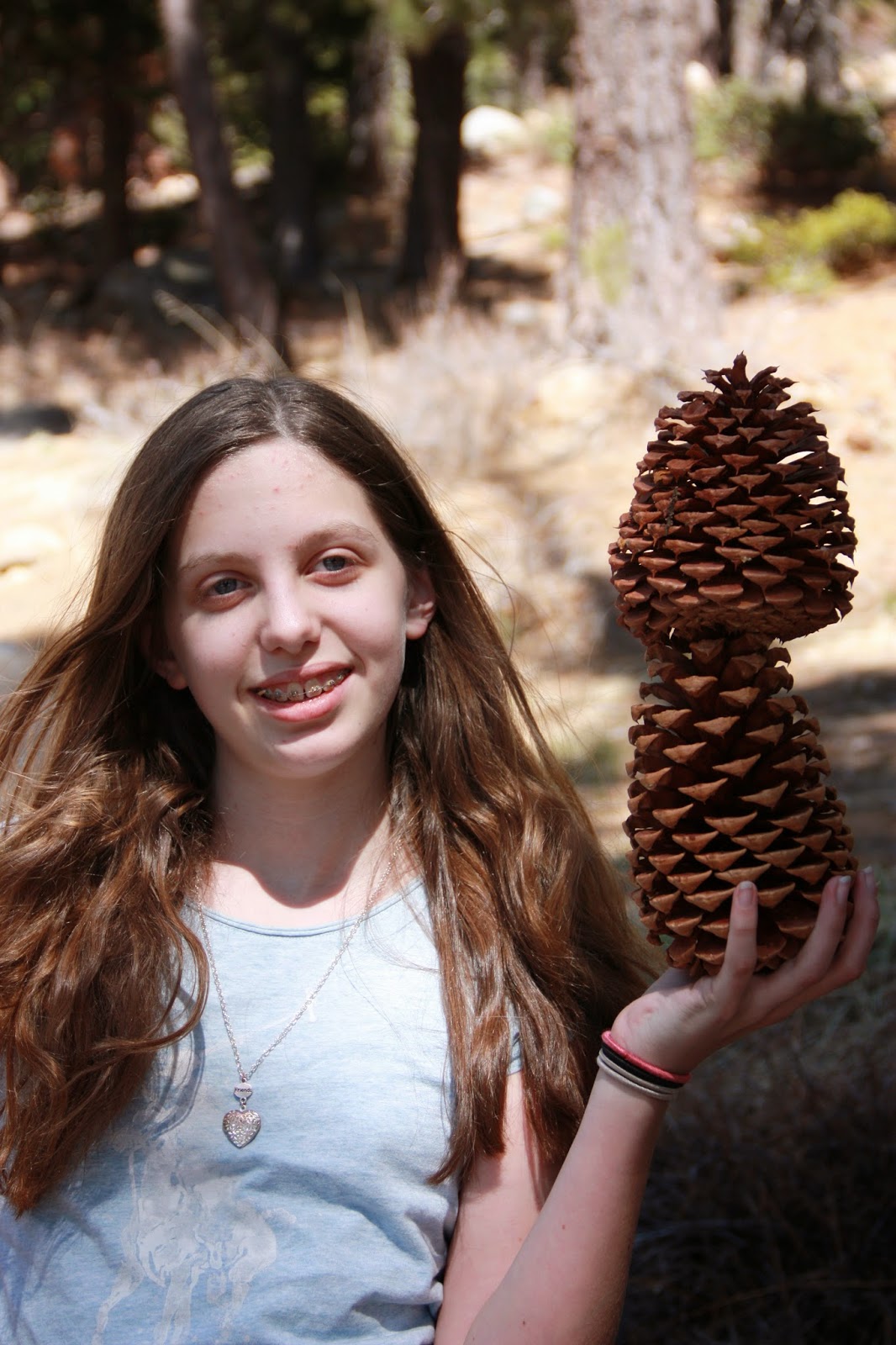 Prior to this trip I had only been to the main tourist parts of California:  San Francisco, Los Angeles and San Diego.  This trip took us through some beautiful agricultural areas.  We saw acres and acres of vineyards and orchards.  After driving by several produce stands we decided it would probably be wrong not to stop and sample some of the local produce, so we just stopped at the next one we came to. 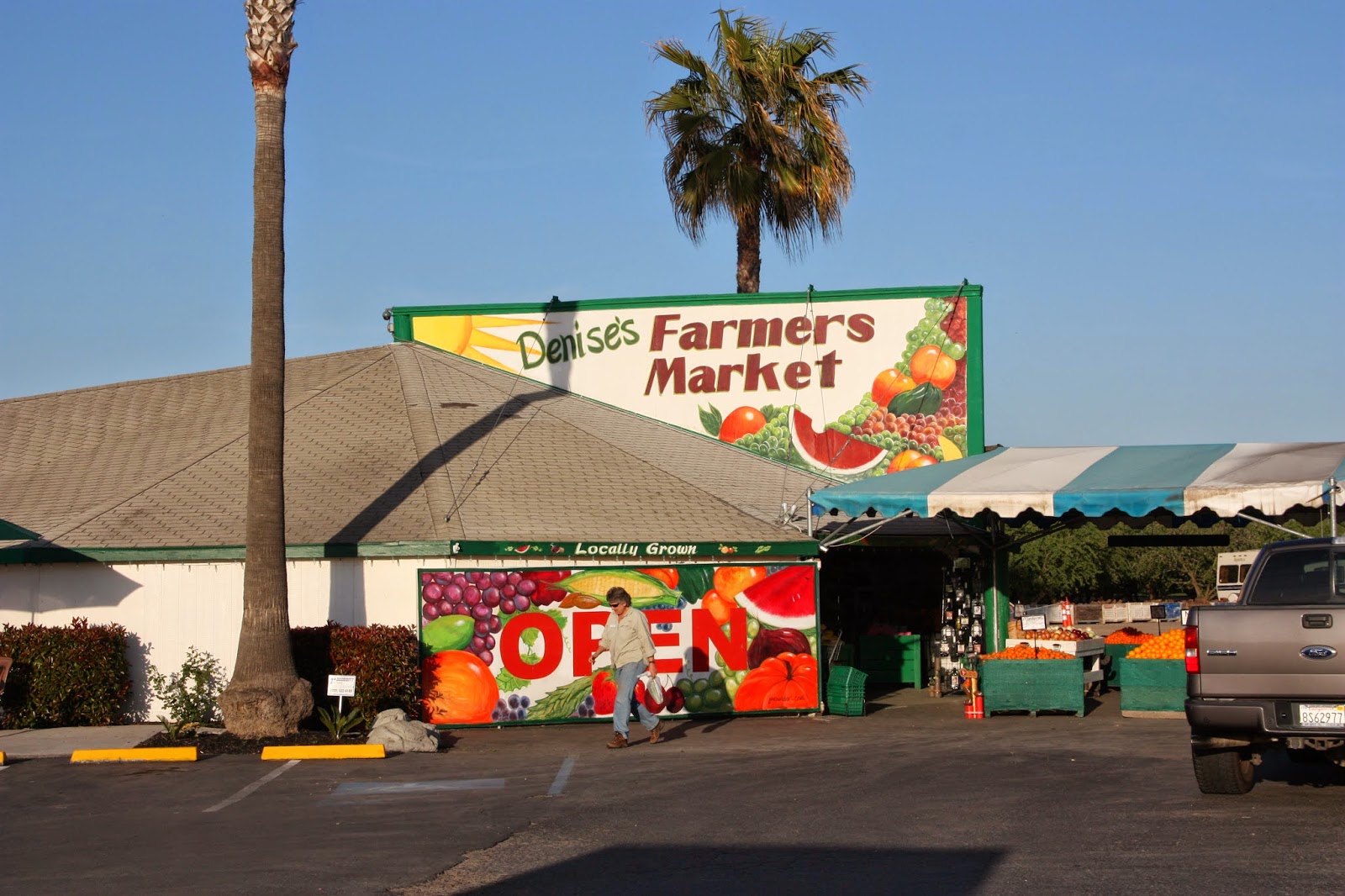 Denise's Farmer's Market in Ripon, California was a great find.  We picked up strawberries, blackberries, apples, pears, almonds, flavored olive oil, homemade salsa and...firewood! The food was all great.  The firewood was awful.  I believe it was from almond trees and apparently almond trees don't burn well.

I had never seen almond trees before, but the Farmer's Market was set in a grove of the trees.  Initially Eric went into the market while I wandered outside and took pictures.

Here is a close-up of the almonds: 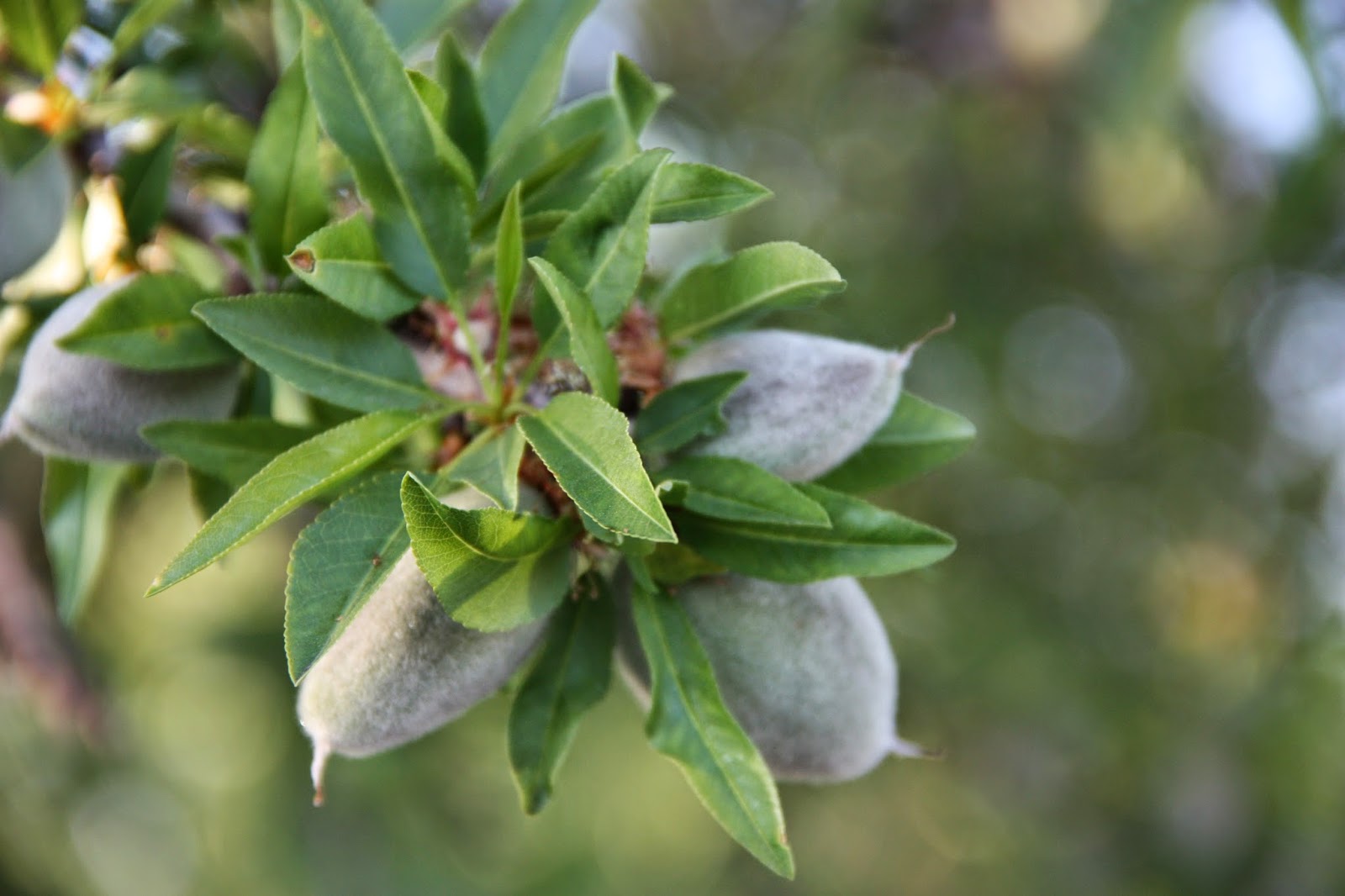 And here is a picture of part of the grove: 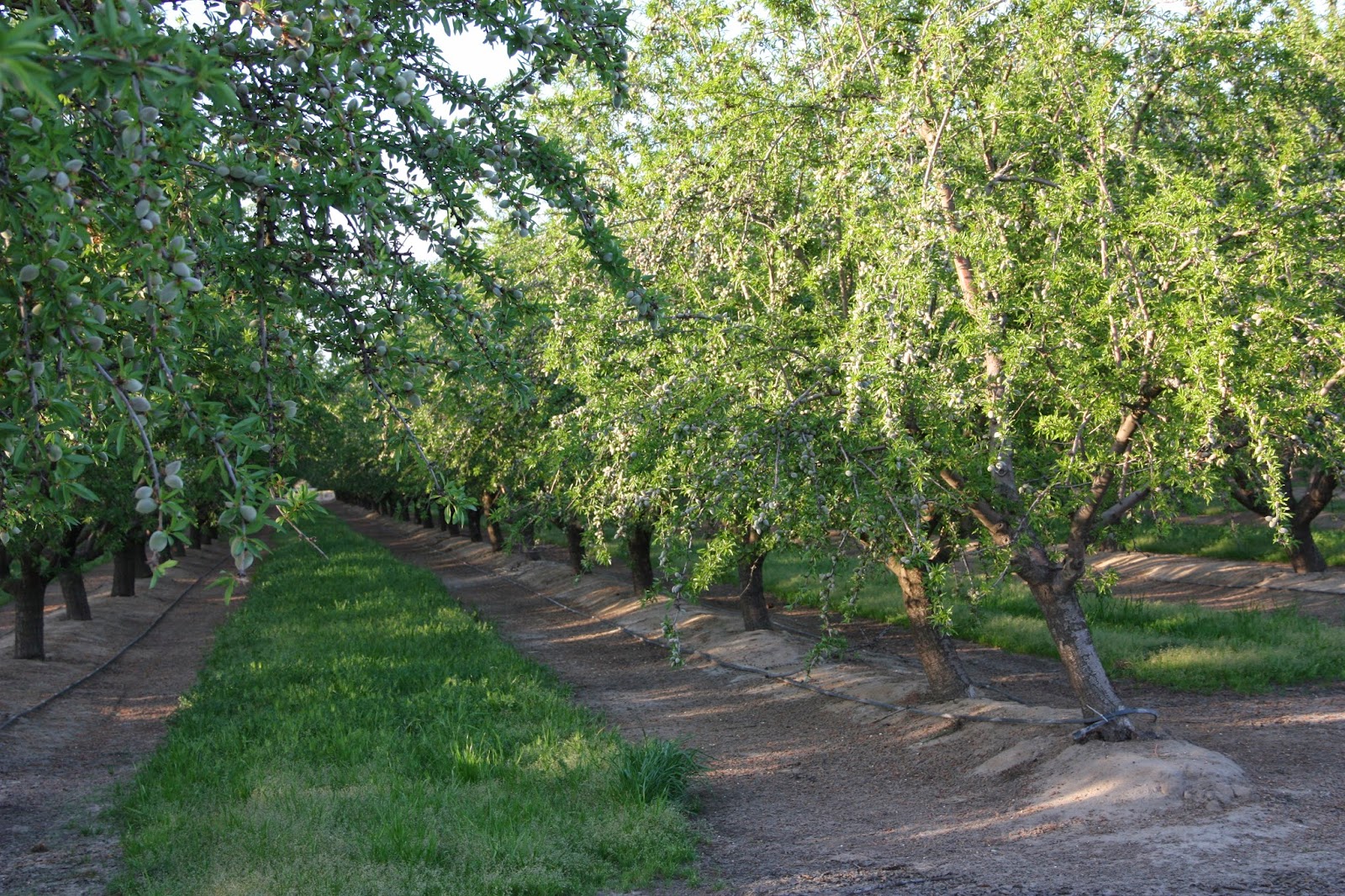 I would enjoy spending more time in this part of California.  It was a different world from their famous cities and one that I found much more pleasant.

Posted by bristowmom at 7:37 AM

On the road again! How lovely to see such beautiful scenery on your travels. Those pine cones are huge!

Awesome!! Those pinecones are the best; my kids would go berserk for them!

I have a distant cousin who has a large vineyard in that area. Your RV's are sure like mini-homes. Too large for our roads here though. Beautiful scenery.