The Old Man and the Sea

While the kids and I were in the States, Eric fulfilled a long-held dream of being certified for scuba-diving. He did it with a friend whose family was also in the States. Anxious to put their new training to use, the men planned a vacation for our families wherein they could dive and we could play at a beach. So about a week after I returned we set out for Southern Taiwan. Kenting, to be exact.

We did spend a lot of time playing at the beach and I will post beach pictures soon. But we also went on one little adventure and I decided to start with that because it seems I go from beach to beach to beach and I want to show that I don't JUST sit on beaches.

We set out for a lighthouse. (I am also not showing those pictures today.) On the path toward the lighthouse there was a sign that said "Path to Beach". No, we did not go to another beach instead of the lighthouse! But we did take the path AFTER seeing the lighthouse. The path led through the jungle that is everywhere in Taiwan. 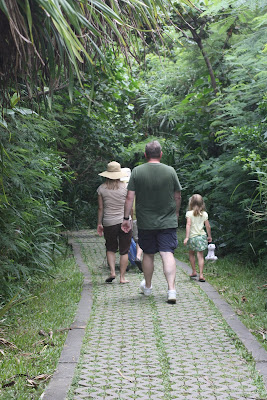 When the jungle gave way to beach this is the scene that greeted us: 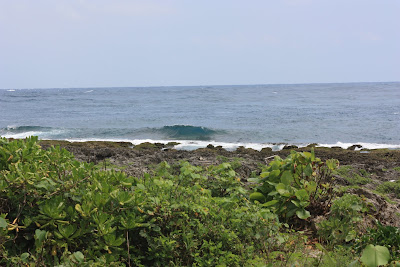 Very beautiful, don't you think? This was not my typical sandy beach. Some of our party decided this was lava rock. It was full of sharp edges once you got out a little ways.

Between the jungle and the sharp edges my boy let me take his picture. 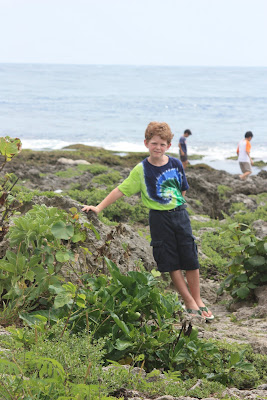 As I took pictures the others scampered on ahead of me. 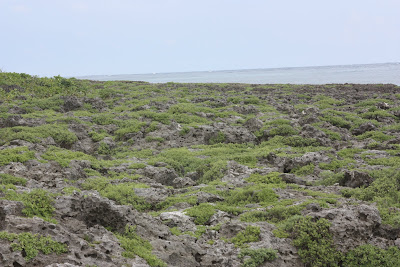 I tried to keep up, in between taking pictures, but the scampering became more difficult due to the jagged edges, the fact that I was wearing fashionable sandals which were not meant for rock climbing. and the fact that I was trying to protect my camera. 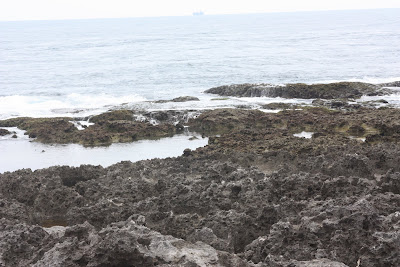 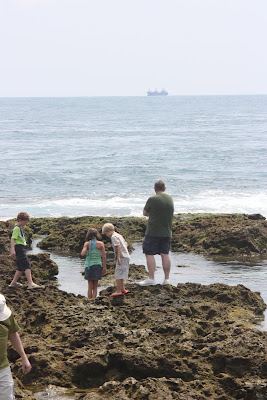 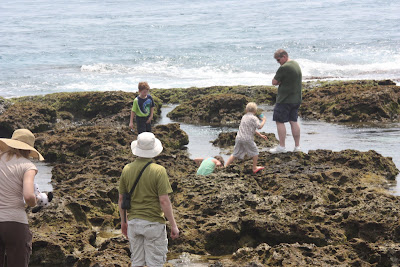 Our friends little girl was having a bit of trouble scampering with the crowd too, and so her Daddy came back to help her. So sweet... 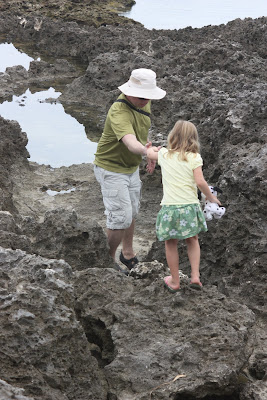 As the others scampered ahead of me they found all sorts of interesting things. My daughter spotted a Lion Fish in a small pool of water and everyone excitedly gathered around to see it. I had never even heard of a Lion Fish before but everyone else seemed to know what it was. I wanted to see it but (ahem) no one came to help ME down the rocks!

Eventually I did make it to the pool and I did see the Lion Fish very briefly before it disappeared into a rock. Sorry, no picture of the fish, just the pool. 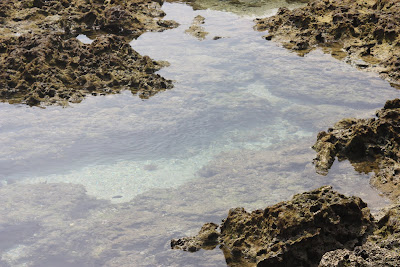 And by the time I got to the pool everyone else was on to other adventures. I hung around the pool hoping the fish would reappear and taking a few pictures. 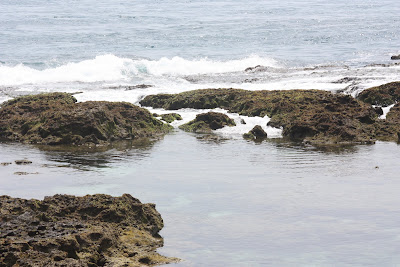 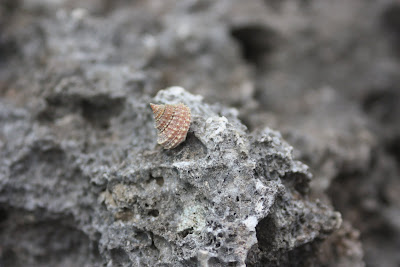 Meanwhile, the others found an old fisherman working away. You cannot see it, but behind this rock there was another pool of water. As the man caught fish he would carry them to this pool where he left them. I imagine at the end of his day he gathered all of the fish from the pool and took them home or to a market. 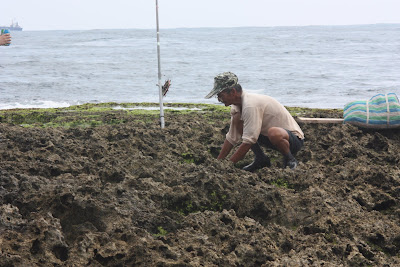 The man didn't seem to mind that all of the foreigners were congregating around his catch. In fact he held some of the fish up for them to see. I'm told they had very sharp teeth. 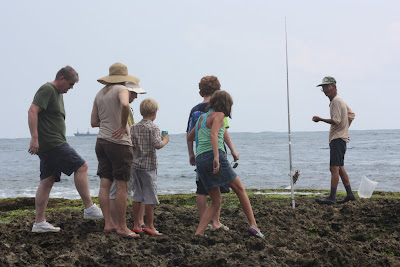 I never did make it to that pool. I was willing to make the journey, but it was blasting hot that day and after their visit with the fisherman everyone decided they needed to get out of the heat. It was a wise decision. The return trip was uphill and I honestly didn't know if I was going to make it. Hot, hot, hot! But worth it. It was a fun adventure. 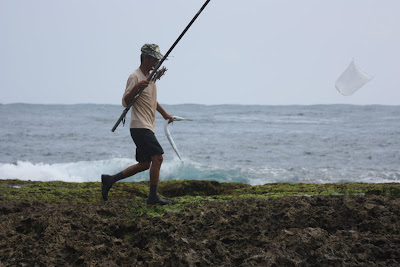 Posted by bristowmom at 8:35 AM

Those do look like very sharp rocks. Glad you had such an interesting day.

your first picture made me think of Robinson Crueso (Sp.?)