Catching Up with This and That

I take so many pictures that I mean to post but instead leave languishing on my hard drive. Here are just a few from the past month. (They are all in backward order because I forgot, again, that I have to load everything last to first and I'm too lazy to rearrange them - it's an ordeal.)

We had a birthday dinner for one of our good Taiwanese friends, Ray. He has become very special to us. When Eric was hospitalized Ray was the first person to visit and he was there several times. He brought lots of food, he interpreted for us, he visited with Eric and much more. Besides that, he is a really intelligent guy (currently he is defending his - thesis? - for his Doctorate), he is super friendly to our kids, loves our dogs, etc. etc. We love Ray. 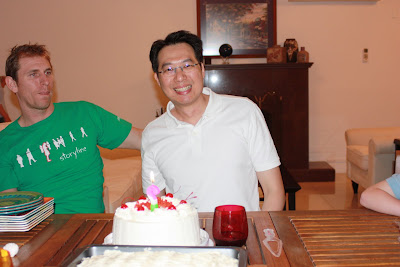 Easter morning, I actually remembered to have the kids dress nice and take pictures. Believe it or not that is not a fact to be taken lightly as I was badly "in a funk". 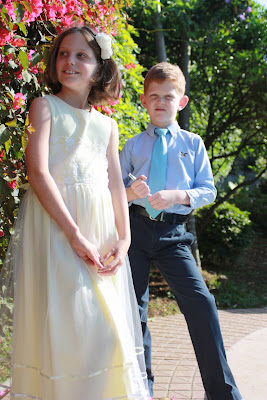 They of course wanted to include Jasper in the pictures. She was in her Easter best - she had a new haircut! 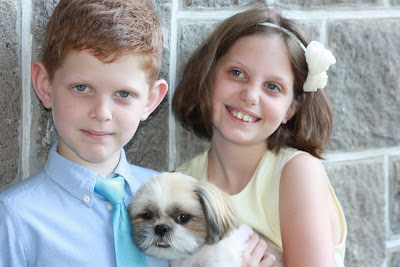 And both of the kids were baptized on Easter! (This is where the backwards picture order matters - you see them coming out of the water and THEN dry.) 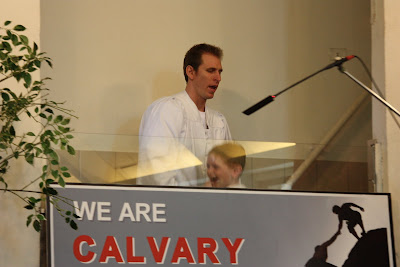 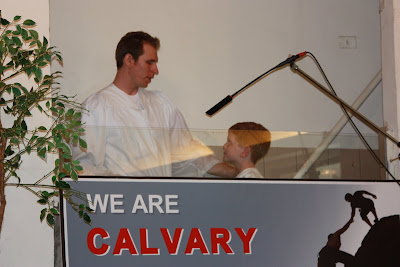 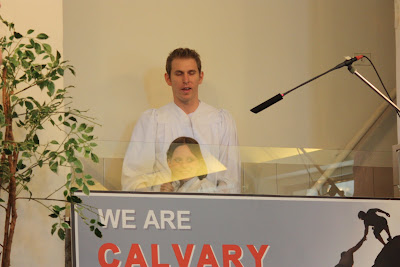 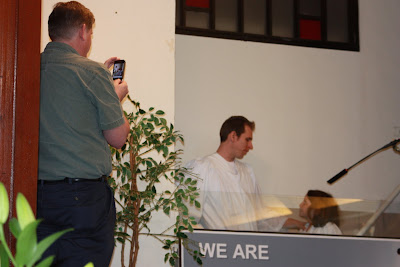 I had my last Bible Study Fellowship meeting of the year, after which I had some of the group to my house for a fellowship lunch. This is about half of the group: 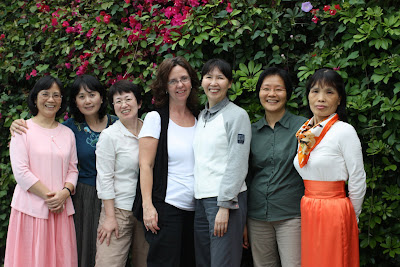 I took a picture of some of the food they brought. I don't know what any of it is called, but I actually ate some of it!!!! 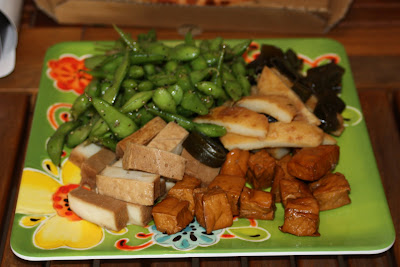 One of the things I ate was Tofu. (The dark brown cubes pictures above. They didn't call it Tofu but I don't remember what they called it.) I didn't love it but I didn't hate it. I hope I can say this so you understand: it tasted like Taiwan smells. Does that make sense? Whatever the flavor was, I often smell it as I walk along the streets of Taipei.

I also ate the green bean-looking things. They were actually peas, I think. It was the comedic moment of the day. I began cutting a pea in half with my knife and fork (it was very tough) and one of the ladies said "No Laura, we don't cut it" but I began my defense with "I always cut everything". "No NO! You don't eat the outside!! Just the inside!" They all laughed at me because I had been about to eat the whole thing.

About half of the group could not come that day. I think those who could not come worried about offending me, which is sad because I don't get offended that easily. One woman, with great apologies, gave me this gift before she left: 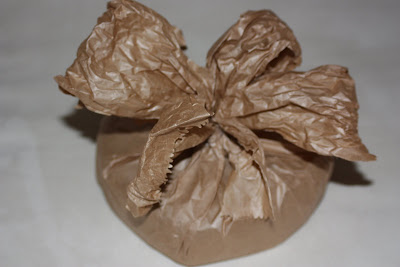 I photographed it because it represents one of the unique things about Taiwan, or Taiwanese people. Presentation is everything. Nothing is ever plain. The woman bought a box of chocolates and I suppose the store gave it to her in a brown paper bag. My guess is she would have been embarrassed to give it to me in that plain bag, so she managed to tear the bag up and tie it into a bow!

Finally, I was in the front yard one morning and thought the view was beautiful so I tried to capture it. The clouds were below us, and just the top of the Taipei 101 tower was peaking out of the clouds: 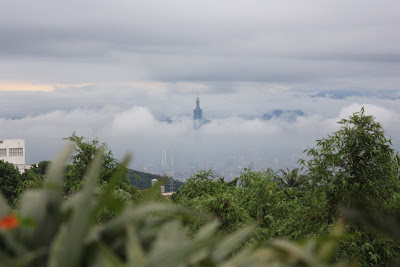 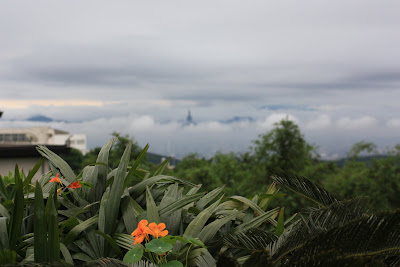 I, of course, have many, MANY flower pictures which I am dying to post. Maybe someday soon...

Posted by bristowmom at 8:01 AM

Lovely to read your post this morning. It's always fascinating to read what you have been doing, and the baptism must have been wonderful.

Fabulous pictures... it's interesting to learn about different cultures! :o)