I've taken lots of pictures around the perimeter of our home. I haven't yet taken anything inside. It's still so bare! But perhaps I'll take some soon and then later I'll have "before" and "after" photos.

I don't have much of a theme today, mostly random photos. 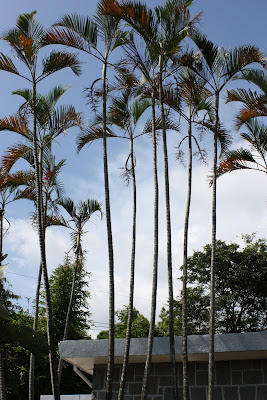 I walked all around the yard this morning. It was such a spectacular morning! I was investigating all of the trees and bushes, when I came upon this which must have been left by the previous occupant. A pretty ball. I wonder if the boy who played with it was happy here? 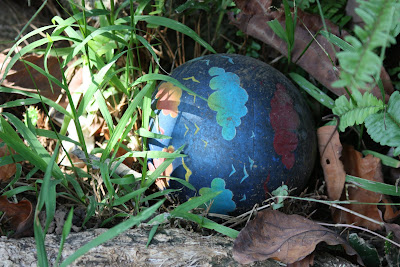 This is our gate. The roof is cool, sort of pagoda-style. 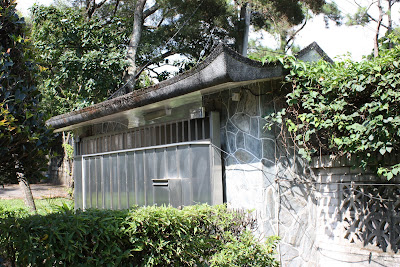 Within the gate there is a door. We think this is cool. If you come to visit us you go to that door and push a button which calls me inside the house. Then I can buzz you in. Or ignore you. 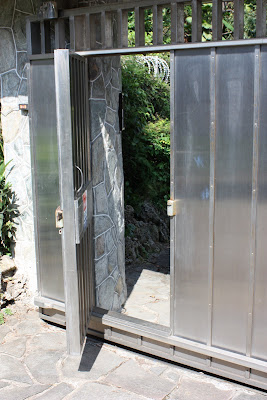 When I photographed this it was simply the largest mushroom I had ever seen in my life. Later in the day we had a man here about pool and yard maintenance. We thought we would do it ourselves, but decided we would continue to pay his company to do it. He was an extremely nice man; I liked him a lot. When he was almost finished and ready to leave he mentioned that we should be careful about the snakes. Eric almost had a manly meltdown. As he (Eric) said "I am not afraid of rats or spiders or anything, but SNAKES..." We had a long lesson then in what to do about snakes. 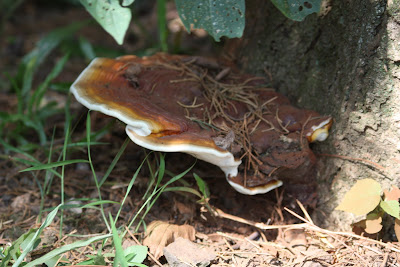 Snakes might hide under things like, oh, this mushroom. (And I was down close a few hours earlier taking this photograph, happily oblivious.) Snakes MIGHT come into your home. (???!!!!!) Maybe you will see one in your washing machine. (ARE YOU KIDDING ME??????????!!!!) No. If they bite you, do not scream and run around. That gets your heart racing and spreads the poison. Make sure you look at the snake so you can tell the fire department what kind of snake it is; if it had a pattern, the shape of the head. (Sure! While the snake bites me I will casually observe it's characteristics.) Now would be a good time for someone to quote to me the part in the Bible about not being hurt by snakes. I know it's in there somewhere.
Do you want to hear the kicker? Snakes are PROTECTED. Yep, that's right. You may not kill them or you will be fined. You must call the police and fire department if you see a snake. They will come and remove it. REMOVE it. Release it somewhere else. Insane.
On to more pleasant things. Like...bugs.

Actually, I think this is really cool. Of course, it was a DEAD bug, which helps. (No, I didn't kill it. I found it this way. I don't want to get fined for cruelty to bugs.) 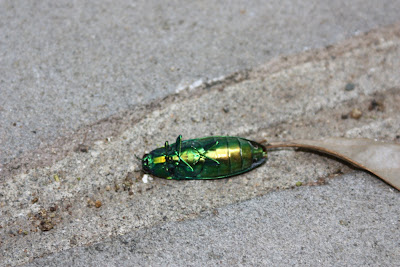 I flipped it over, since it was dead. Since there is nothing in the photos by which you can judge the size, let me tell you. It was approximately 2 inches long. Bugs are big here. But honestly, don't you think it's pretty? A metallic green bug. And it's outside, which is always a good thing. 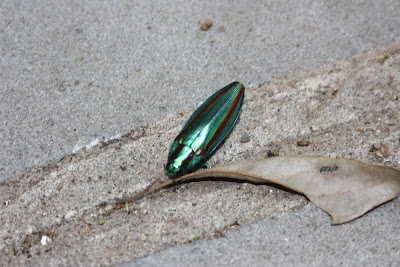 Moving on to more pleasant topics...
These things are growing in our yard. We hoped they might be limes, but they are very hard. We asked the pool/yard/snake expert. Any guesses? 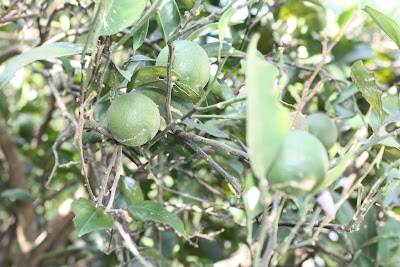 They are oranges! We'll see... He picked one to show us. We cut it open and it sure enough does smell like an orange.

Our pool, again. We found out today that it has jets like a jacuzzi tub! And we learned how to turn on the jets and the lights. Wonderful new information! This pool has already had LOTS of use. 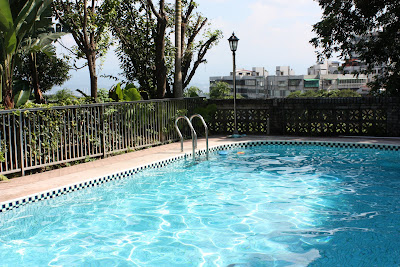 Eric asked the man "the snakes won't go in the pool, will they?" No, but the frogs probably will. Yes, Eric said, the kids have already found a frog in the pool. I didn't hear about that!
I took lots of pictures of the city view today. It was the clearest we've seen. 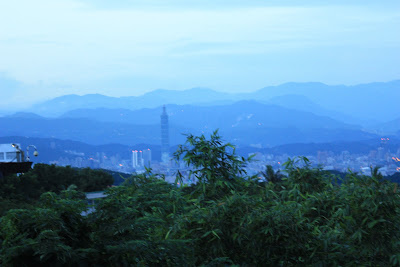 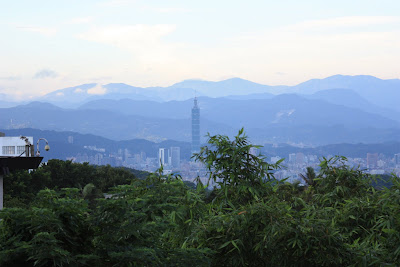 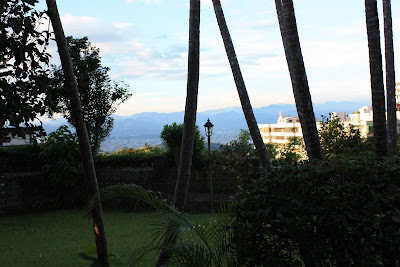 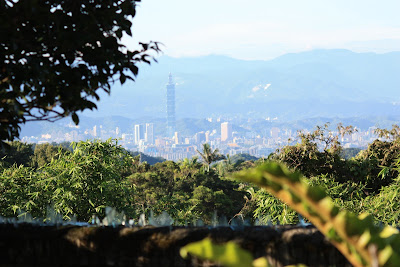 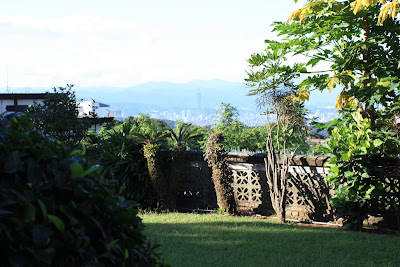 Finally, I'm not sure why I'm including this but I am. On the other side of our wall is a field in which a friend of our landlord grows crops. It is thick with vines which I thought might produce pumpkins. This big white thing is what is growing on the vines. I have no idea what it is. Again, it is hard to judge size in a photograph so let me tell you it is much larger than a watermelon. It is HUGE. Will be interesting to watch it develop and see if we ever learn what it is. 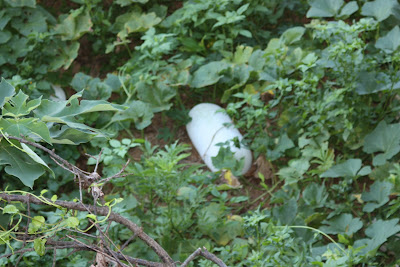 That's all for now.
Posted by bristowmom at 9:11 PM

I've heard about snakes in washing machines in Australia. One reason I can never live there.

Thanks for the pictures! I am so glad that everything is working out so well.

I love your blog! I want one of those pools! Jets, come one, that is awesome. I don't think that those are oranges; those are tree-grown tennis balls. :D