A few portraits of US in Taiwan. With minimal comments. Just because. Mostly the kids. And probably mostly Anna, because she loves to have her picture taken but Ethan usually doesn't. And may I just say - I do realize that braces are in my kids' future! 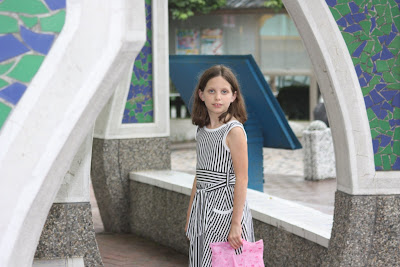 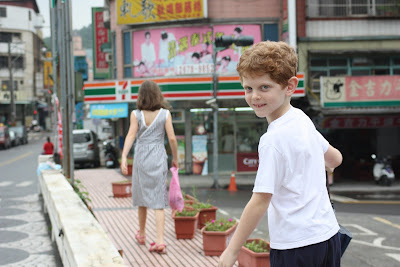 Okay, perhaps NOT such minimal comments. See that dress Anna is wearing? It is from Amoretti. Cool company. Cool owner. That particular dress has appeared in magazine features all over the place. It is a very cool dress. 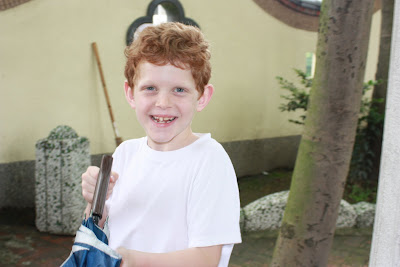 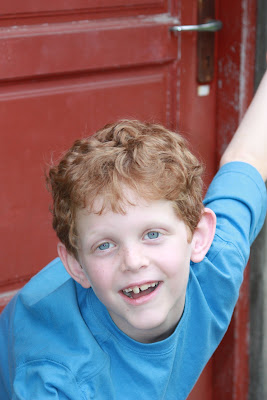 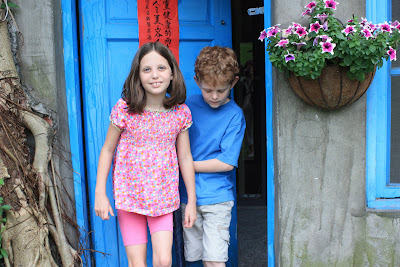 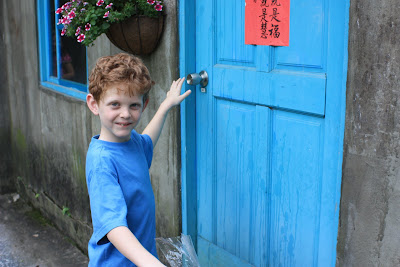 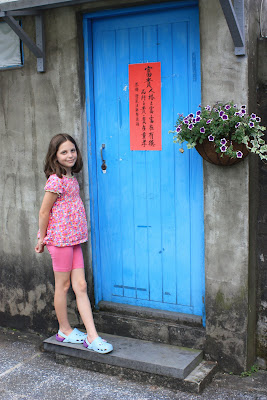 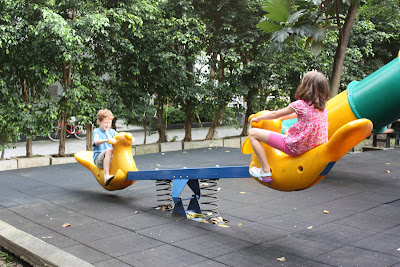 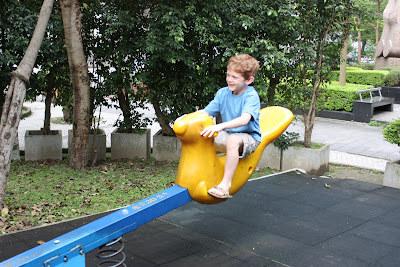 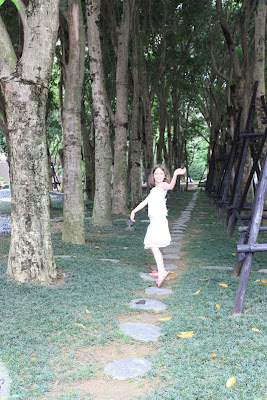 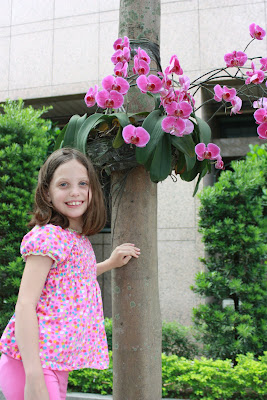 Many of the trees around Taipei 101 have some sort of twiggy basket wrapped around them, and orchids planted in the baskets, as above. 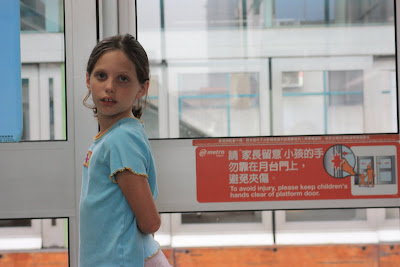 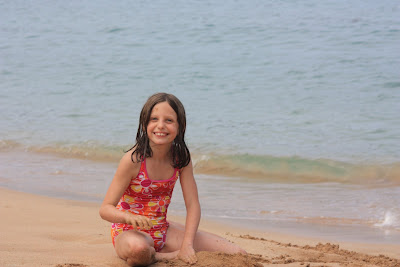 At a beach on the north side of the island. I believe it was a sunny day. Of course I wasn't here for that day. I was in Boise where it was unseasonably cold! And rainy. And it SNOWED. Crazy. 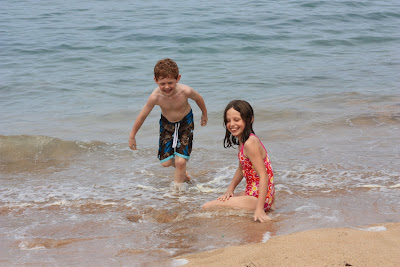 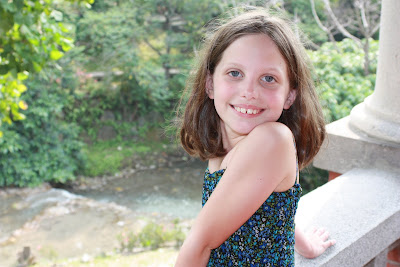 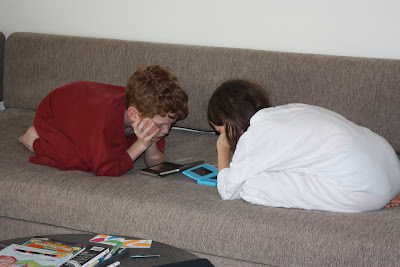 On the (very ugly but very comfortable) couch in our apartment. Head to head DS combat I guess. 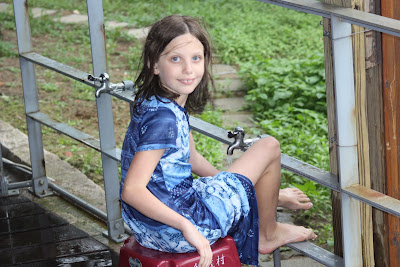 A foot washing station on the day I went to the beach. (It rained!) 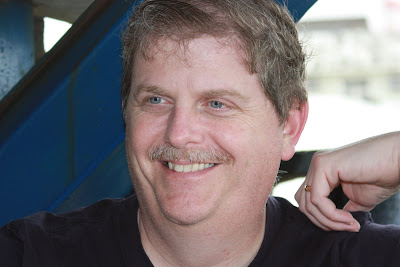 I am not sure why, but I really love this picture of Eric. I took it.

Afterward, the kids wanted to try taking pics and, why not? It's digital so it doesn't cost anything! They did quite well. Here is Anna as taken by Ethan: 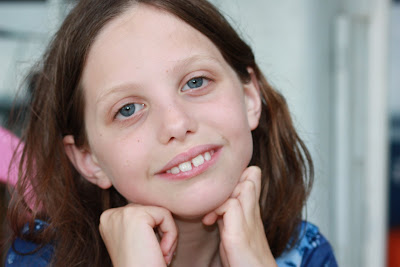 Ethan as taken by Anna: 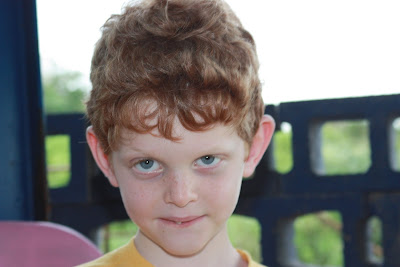 Anna and I as taken by Ethan: 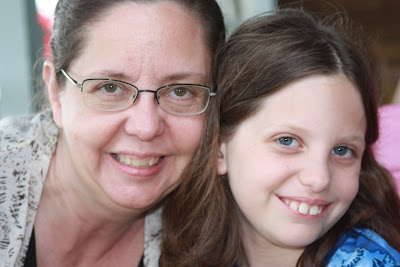 (Yikes!) Ethan took one of me that was even more frightening! I deleted it!

Posted by bristowmom at 1:13 PM